The Top 50 Northern Power list has been unveiled at the Northern Power Women Awards and Stagecoach Manchester’s Managing Director, Elisabeth Tasker, was named among them. 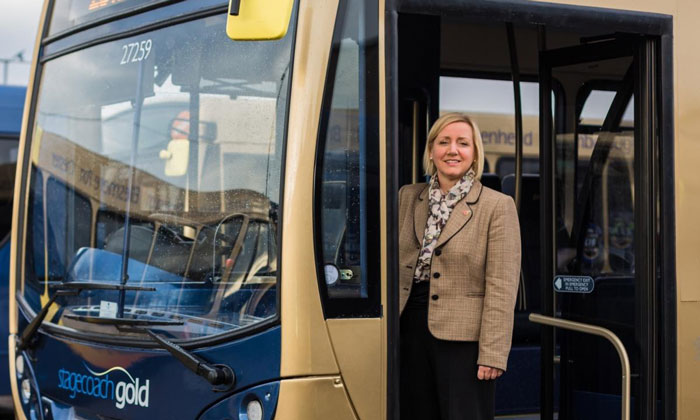 The Top 50 Northern Power list has been unveiled at the Northern Power Women Awards and Stagecoach Manchester‘s Managing Director, Elisabeth Tasker, was named among them. 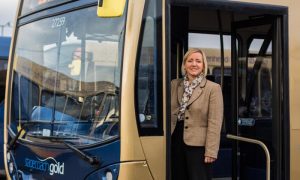 Elisabeth Tasker is one of the UK bus industry’s leading figures and her inclusion on the list comes as a result of her success over 30 years within the transport sector which is traditionally a largely male-dominated industry.

Throughout her career, Elisabeth has held a number of management roles, both in the heavy goods and bus industries. She joined Stagecoach in 2000 as Operations Director with Stagecoach Manchester before being appointed Managing Director of Stagecoach Merseyside and South Lancashire in 2011, a position she held until November 2016.

Elisabeth leads by example in the approach she takes to her role and inspires others to take the same approach, giving young managers responsibility while at the same time ensuring they feel supported. She was particularly chosen as a Northern Power Woman for her commitment to helping and encouraging others, her female colleagues in particular, to develop their skills and experience to further their own careers.

“I’m delighted and quite humbled to be named as a Northern Power Woman. It’s certainly not something I ever expected but was a lovely surprise,” Ms Tasker said. “I enjoy what I do and I hope that this will help shine a light on the important role that women can and should play within the bus industry in the future.

“More than 250,000 jobs are supported, directly and indirectly, through the UK bus industry so there are many opportunities out there for both men and women to have a successful and rewarding career in the transport sector. However, over 90% of people in the bus industry are male and I look forward to seeing that change in the years to come as more women realise what the bus industry can offer them and what they can offer the industry.”

Elisabeth is one of two female Managing Directors within Stagecoach’s UK bus division and is one of only a small number of women with such seniority across the whole bus industry.