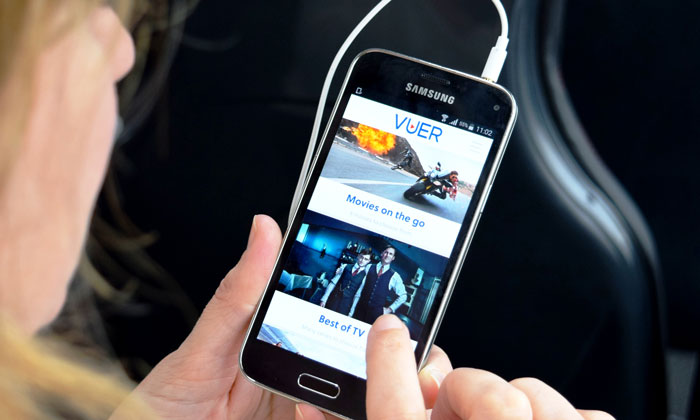 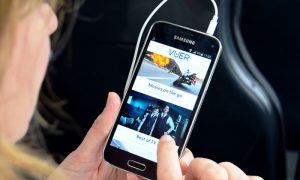 Passengers can now enjoy hours of free entertainment, as well as news, weather and free WiFi, via the National Express VUER (View, Unwind, Enjoy, Relax) app on their phone or tablet from the comfort of their own seat.

How the infotainment system works

The easy-to-use system, which was rolled out on National Express coaches at the end of 2016, is used by downloading the app from the Apple or Android app store on their phone or tablet before they get on the bus (the system can still be used without pre-downloading the app but it is advised). Content is then streamed over WiFi during the journey.

The films and TV programmes are stored in a box installed on the bus, ready to be picked up and watched on passengers’ phones or tablets, and the box is updated every day.

“Customers can now unwind, relax and get the most out of their journey…”

“It’s very exciting to be the first operator to launch an on-bus infotainment system,” Peter Coates, Managing Director of National Express West Midlands, said. “It means our customers can now unwind, relax and get the most out of their journey.

“Passengers on three Platinum express services can now browse the internet, read up to £20 worth of magazines, and enjoy films and television programmes for both adults and kids – all for the cost of a bus ticket.”

The VUER service is available now on: