Thermal imaging for safety and efficiency in public transportation

Every day, public transportation passengers rely on trains, metros or trams to bring them safely and timely at their point of destination. 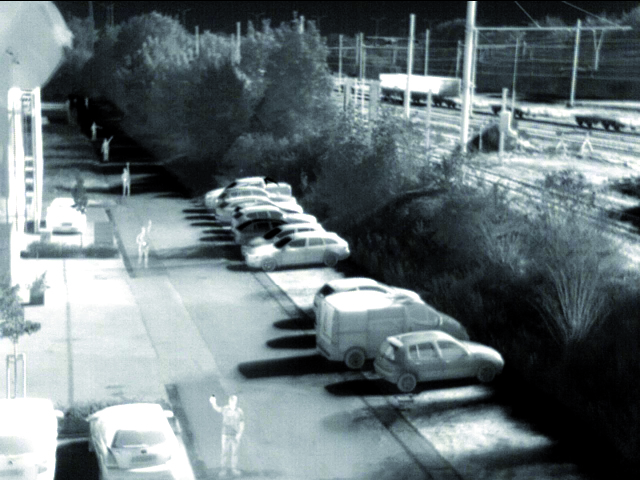 Thermal imaging cameras can detect people walking along the tracks and trigger a message on a VMS panel in order to alert the driver of a potential dangerous situation.

Every day, public transportation passengers rely on trains, metros or trams to bring them safely and timely at their point of destination. However, accidents caused by fire or by the careless behavior of people can lead to delays as well as severe damage to rolling goods and rail infrastructure. Thermal imaging cameras can detect many of these incidents in time and therefore help public transportation operators take the appropriate measures. 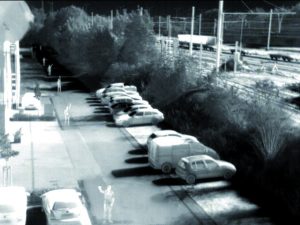 Thermal imaging cameras can detect people walking along the tracks and trigger a message on a VMS panel in order to alert the driver of a potential dangerous situation.

Every year accidents on the railway or on metro/tram tracks are caused by people taking risks. Whether they’re taking a short-cut home, zigzagging their way on a level crossing, spraying graffiti on railway property or not taking the usual care after a few drinks, people ignore the rules of the railways every day and put their lives at risk, as well as risking the safe running of the railway.

The same goes for level crossings. When used correctly, level crossings provide a safe way to cross the railway, but misuse or user error can have tragic consequences. Every year accidents are caused by road users and pedestrians ignoring level crossing barriers, warnings and speeding trains to save a few minutes.

At the same time, there is growing attention from train operators and authorities for active fire safety in railway vehicles and in underground railway tunnels, exacerbated by recent occurrences of accidents in metro tunnels at a worldwide level. Fires in tunnels and in railway vehicles can have devastating effects on people and infrastructure. The consequences of fires can in the worst cases result in severe fatalities, material damage and disruption of important infrastructure lines. Effective fire prevention, detection and control can therefore save lives and prevent high costs.

Railway, metro or tramway operators want to prevent accidents as much as possible. Traditionally, CCTV cameras are being used to monitor public transportation environments, such as metro platforms or railway tracks. By detecting risky behavior from pedestrians and road users in time, CCTV cameras can provide a real-time warning to control room operators, who in turn can take the appropriate measures.

Although CCTV cameras are reliable tools for video analysis, they need additional algorithms to overcome several limitations. In order to work at night, additional light may be needed. CCTV cameras can also be blinded by light from the sun or train. Vehicles or pedestrians that are moving in shadows or inside tunnels can be a challenge to detect.

Thermal imaging cameras can overcome these limitations, because they create a crisp image based on subtle temperature differences and are not affected by environmental challenges, such as total darkness, smoke or fog. They do not need any light whatsoever and can’t be blinded by direct sunlight; they are therefore an ideal source for detection on a 24/7 basis.

Thermal cameras also have the power to see starting and developing fires much quicker than conventional smoke detectors. A thermal imager does not rely on smoke particles to reach the sensor or ambient temperature changes, but uses thermal energy coming off the objects in its field of view. By adding dynamic video detection algorithms, thermal cameras can also take into account the size, rate of temperature increase and movement of a hotspot. This approach allows for a very low false alarm rate with the possibility of filtering out unwanted events like cigarettes or lighters.

Detection of people on tracks, on platforms and in tunnels

Level crossing accidents are a continuous threat and do not only harm and injure passengers but also damage the rail infrastructure and rolling stock. Thermal cameras can prevent collisions between trains and obstacles at level crossings by

detecting if a vehicle stops on the tracks and is blocking the passage for an oncoming train. Via detection outputs or via TCP/IP, a warning signal is transmitted to a railway operations center. An operator can view the threat in his workstation and decide which safety scenario is appropriate. A vehicle-train collision can be prevented by warning the approaching train/tram through rail signals, warning lights or directly to the train/tram driver.

Fire detection in tunnels and in train coaches

Thermal imaging can help prevent fires, by detecting hot-spots, or detect fires in an early stage so they don’t have a chance to spread. Thermal cameras can be configured to generate a direct alarm output to a control room operator when user-defined

maximum temperature thresholds are exceeded. Thermal imaging cameras like the FLIR ITS-Series Rail are widely used to monitor continuously for hot spots, so that an early fire alarm can be triggered and fires can be avoided. Firefighters also use thermal cameras to enhance their vision and to see through smoke or detect hot spots.

In addition, FLIR’s embedded thermal fire sensors for train coaches detect hot spots and fires before they have a chance to spread. FLIR’s embedded sensors have a low false alarm rate and will for example not be triggered by people smoking.