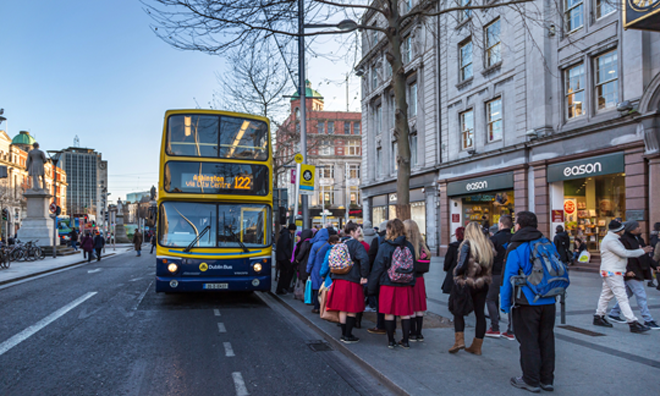 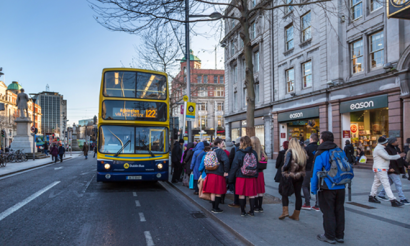 Figures suggest Dublin Bus carried over half of all passengers, with figures increasing by 4.6 percent to 125.3 million in 2016. Iarnród Éireann (Irish Rail) also saw a substantial increase in rail passenger numbers recording a growth of 7.9 percent with Dart, Commuter and Inter-City services all seeing an increase in numbers. In addition, Bus Éireann’s growth continues, up 1.7m to 31.9 million for subsidised services.

However, figures for Luas, Dublin’s Light Rail Tram System, dropped slightly compared to last year.  The National Transport Authority believes this is due to industrial action earlier in the year and the closure of the Red Line east of Jervis for six weeks in the summer.

“The figures we are publishing today are an indication that there is a clear demand for a safe, efficient and reliable public transport service”

Commenting on the latest figures, Anne Graham, CEO of the National Transport Authority, said: “2016 was another year of strong growth figures for the sector, and the operators and their staff should be proud of their achievements.

“The figures we are publishing today are an indication that there is a clear demand for a safe, efficient and reliable public transport service. Particularly so when the public transport alternative is environmentally friendly and offers value for money. 2017 will be another busy year for the NTA, with a strong focus on delivery.

“The Luas Cross City project is scheduled for completion before the end of the year. Not only will this substantially increase the capacity of Luas, but it will also be a significant step towards a more closely integrated public transport services across the capital.

“This will also be the year when we see an increase in Dart frequency, and an increase in commuter services through the newly-opened Phoenix Park Tunnel.

“Additional funding has been provided by the government this year to subsidise public transport which means we can begin to identify ways of increasing capacity in existing Dublin Bus and Bus Éireann services.

“But public transport is not simply a matter of concern in Dublin. In fact a properly functioning public transport system is a key issue nationally, when it comes to promoting balanced regional economic development, preventing social isolation, and protecting the environment.

“In 2017, NTA will be looking at ways of building on the success of recent years. We will do that by identifying ways of meeting the demands on public transport that will continue to increase in all regions, well into the future.

“The NTA will continue to work with LocalLink offices in rural Ireland to deliver more public transport services to all communities, and with bus operators across the country in developing more routes and services.

“There is real concern about the increasing problem of road congestion which impacts on bus reliability. NTA believes that there is a need to greatly improve the infrastructure to offer higher priority for buses in Dublin and the regional cities, and in 2017 we will be bringing forward plans to do just that.”