Subsidiary of Škoda Transportation, Transtech is to deliver 49 ForCity Smart Artic Trams for operation in Helsinki. 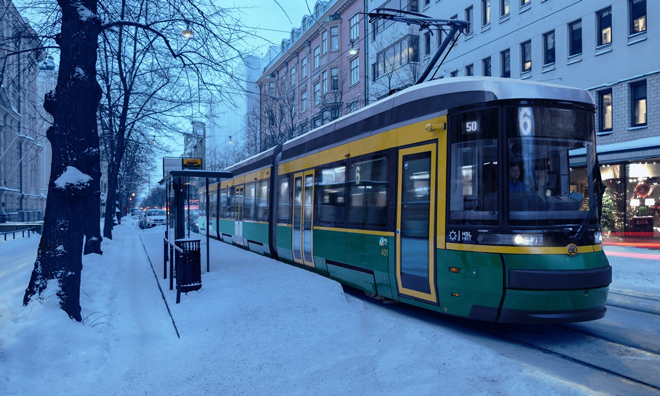 Subsidiary of Škoda Transportation, Transtech is to deliver 49 ForCity Smart Artic trams for operation in Helsinki. 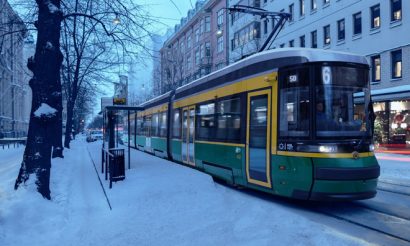 Helsinki City Transport (HKL) has ordered 49 new trams for the Finnish capital in a contract worth over €150 million. The operator exercised an option for twenty low-floor trams for Helsinki city traffic, and signed a Letter of Intent for purchasing further 29 trams for the new “Raide-Jokeri“ line connecting the cities of Helsinki and Espoo.

Zdeněk Majer, vice president of Škoda Transportation and chairman of Transtech, added: “These are two more important contracts that our Finnish subsidiary Transtech has acquired in recent months. Back in October we were named the prefered bidder of a tender for the third largest Finnish city of Tampere, for 15 – 20 modern ForCity Smart Artic trams. There could therefore be more than 100 trams with the Škoda logo in Finland in the near future. Thanks to these major accomplishments, Škoda is becoming a very strong player in the demanding Scandinavian market.”

“The ForCity Smart Artic Helsinki tram is the world’s first mass-produced narrow-gauge 100% low-floor tram with fully pivoting bogies. The all-wheel drive and robust bogies with axles allow trouble-free operation in the harsh climatic conditions of the capital of Finland,” says Lasse Orre. The demanding track conditions were taken into account during the production of the ForCity Smart Artic tram. Efficient heating including thorough insulation and innovative use of brake energy for heating the vehicle were designed for the northern conditions.

The new ‘Raide-Jokeri’ line will be 25 kilometres long and it will connect the eastern part of Helsinki and Espoo. The route will have 33 stops and will replace the existing trunk bus route. The new bi-directional vehicles for this route will be 34 meters long. The first prototype shall be delivered in summer 2019.