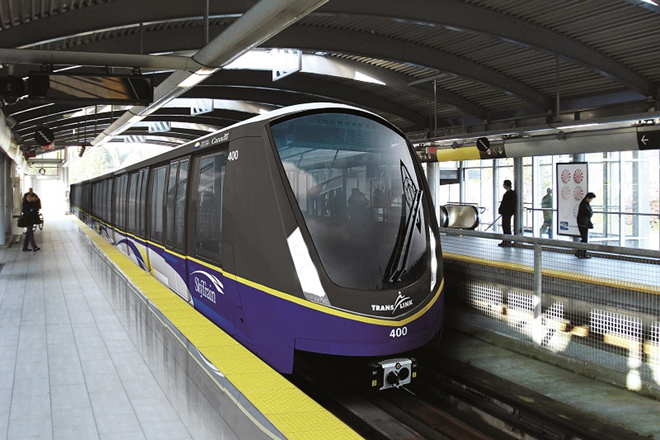 TransLink will trial the use of copper of on its SkyTrain rolling stock. Credit: Bombardier 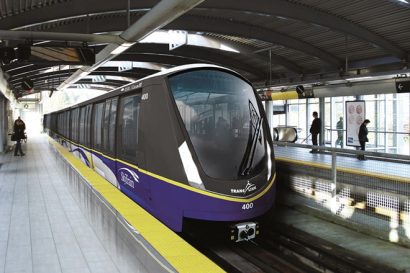 Translink has signed a $93 million CAD ($69 million US, 67 million euro) contract with Bombardier for 28 new automated SkyTrain cars. Production is scheduled to start in the third quarter of 2017 and final delivery is expected in the fourth quarter of 2018. The order is 50 percent funded by the Government of Canada and 33 percent by the Government of British Columbia.

The contract is part of a 10-Year Vision for better transit, roads, cycling and pedestrian infrastructure in Vancouver and forms part of the $2 billion Phase One Plan. The new automated vehicles will support efforts to open new lines and bring additional capacity on the popular Expo and Millennium Lines.  Once introduced, the SkyTrain will be able to carry up to 3,640 more people – an increase of 12 percent.

“Our SkyTrain is the world’s longest driverless, automated rapid transit system and the additional 28 new Mark III SkyTrain cars will provide sorely needed additional capacity.” said Kevin Desmond, CEO of TransLink. “The new trains, like the seven other Mark IIIs we recently put into service, will offer a quieter, more comfortable ride for our customers, big windows to show off SkyTrain’s great views of Metro Vancouver, room for bikes and strollers, and the ability to walk from one end of the train all the way down to the other.”

Commenting on the order, Benoît Brossoit, President of Bombardier Transportation, Americas Region said: “We are proud of our long-standing partnership with TransLink. By providing close to 300 high-quality, leading-edge vehicles, Bombardier has been an ally in the development of public transit in the Greater Metro Vancouver Area for over 30 years, servicing close to a billion passenger trips in that period. Today, our commitment to the region remains as strong as ever.”