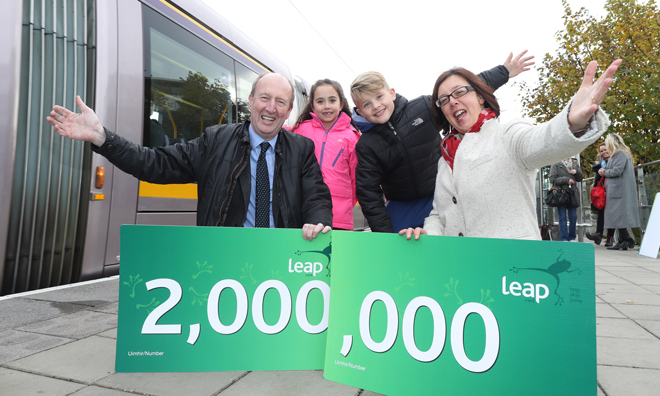 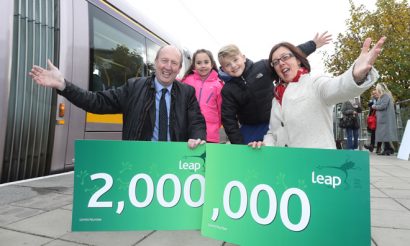 The NTA has revealed 2 million Leap Cards – which can be used to pay for public transport journeys in Dublin, Cork, Galway, Limerick, Waterford and Wexford – have been sold since the ticketing scheme launched less than five years ago. Travelling by Leap has accounted for a total of 200471,128 journeys with 67,000,000 of those occurring this year alone.

Commenting on the milestone, Transport Minister Shane Ross said: “There is no doubt that Leap Card has been one of the most successful innovations in public transport in recent years.

“In 2012, its first full year of operation, Leap accounted for just over 6% of public transport journeys in Ireland. In 2015, that figure was 47%, and I have every confidence that in 2016, well over half of all journeys will be on Leap Cards.

“I would like to congratulate the NTA on this success story, which I believe has had an immensely positive impact in making public transport more attractive to the public.”

Anne Graham CEO of the National Transport Authority added: “It is fair to say that Leap has captured the imagination of the travelling public, and that is because we have continued to increase Leap’s functionality through a process of continuous innovation, introducing Leap Card fare capping; Leap Card Auto top-up; and Leap 90 Discounts.

“Most recently in January  this year, our Leap Card top-up App went live, and already it accounts for €1.5m worth of transactions per month.

“The NTA wants to make sure that using the Leap Card continues to makes sense for public transport customers and for the operators.

“A Leap Card guarantees discounts of at least 20% on just about every journey. Leap Card is easy to use and hassle-free eliminating the need for correct change or frequent queuing at ticket machines for single tickets. Leap saves time and money and offers greater efficiencies over cash transactions.”

“We will continue to respond positively to the demands and feedback of customers, so that we can be sure that Leap continues to grow as the payment method of choice for public transport users.”