On the morning of Wednesday 09 November, a Croydon tram derailed in south London killing several passengers and injuring over fifty. 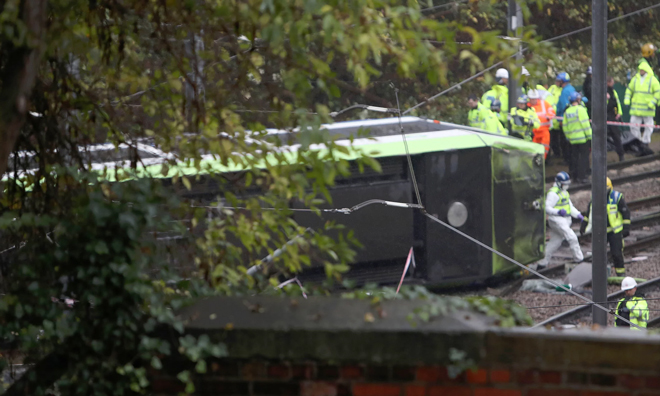 On the morning of Wednesday 09 November, a Croydon tram derailed in south London killing seven and injuring more than fifty passengers. 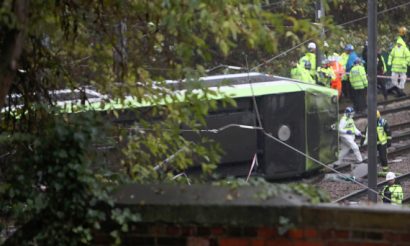 At approximately 06:00 on Wednesday 09 November, reports emerged that a two-car tram had derailed in south London. The Transport for London (TfL) Tramlink service, operated by FirstGroup, appears to have derailed in heavy rain, coming to a halt on its side at Sandilands tram stop, close to an underpass on a bend where the track branches.

Commenting on the incident, Mayor of London Sadiq Khan said, “I am in contact with emergency services and TfL, who are working extremely hard to get the situation under control and treat those who have been injured. My thoughts are with all those involved in this incident.”

Chris Grayling, Secretary of State for Transport, issued a statement regarding the derailment: “I am aware of the serious incident in Croydon this morning. I know emergency services are working extremely hard at the scene and my thoughts are with all those involved.”

Mike Brown MVO, Commissioner of Transport for London, said “I am devastated for the families and friends of those who have lost their lives and those who have been injured.

“Clearly something has gone catastrophically wrong and we will work tirelessly and quickly with the emergency services, the tram operator FirstGroup and others to establish the cause. My team will continue to be available in Croydon to assist those affected and the wider community in the area.”

According to the British Transport Police, seven people have died and over fifty passengers are injured. One person, thought to be the driver, has been arrested in connection with the incident and is currently in police custody.

Investigations are now being carried out by the Rail Accident Investigation Bureau to determine the cause.