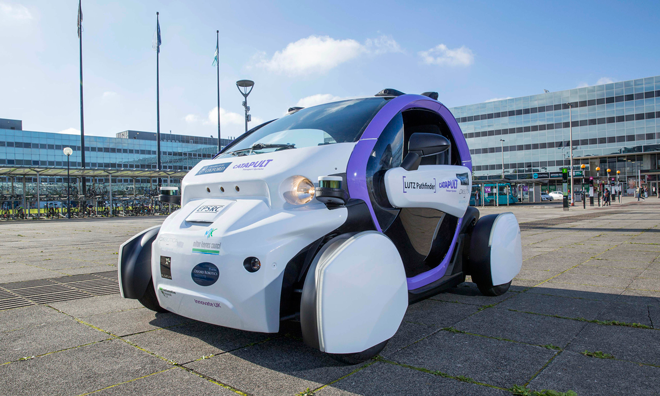 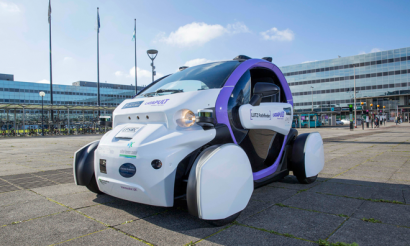 Public tests of a UK developed autonomous driving system took place in Milton Keynes on 11 October 2016. The successful trial, conducted by TSC, concluded the LUTZ Pathfinder Project, which has been developing the technology for the past 18 months.

The project team has been running a number of exercises in preparation for the demonstration as part of the LUTZ Pathfinder project, including virtual mapping of Milton Keynes, assessing public acceptance, conducting the necessary safety planning and establishing the regulatory environment with the support of Milton Keynes Council.

Trial leads the way for autonomous vehicles in public transportation

The autonomy software running the vehicle, called Selenium, was developed by Oxford University’s Oxford Robotics Institute and integrated by Oxford University spinout company Oxbotica on to an electric vehicle. Selenium uses data from cameras and LIDAR systems to navigate its way around the environment.

The vehicle demonstration took place on pavements around Milton Keynes train station and business district. In the future it is expected that vehicles like those demonstrated in Milton Keynes will be used for local transportation in urban areas.

Neil Fulton, Programme Director at the TSC, said: “This public demonstration represents a major milestone for autonomous vehicles in the UK and the culmination of an extensive project involving UK companies and experts. Oxford University’s technology will go on to power automated vehicles around the world and the LUTZ Pathfinder project will now feed into a much wider programme of autonomous trials across the UK. Driverless vehicles are coming to Britain and what we have demonstrated today is a huge step on that journey”

Following the trial, the TSC’s Automated Transport Systems team will continue to research the challenges and promote the benefits of increased automation in transport. Fulton commented,

“Through the LUTZ Pathfinder project we have started to create a world leading urban test bed for connected and automated vehicles. We can now capitalise on the unique position of having the environment and the development platform to conduct further research and trials.

To that end we have started work building an automated vehicle test and integration facility, which will enable other UK universities and SMEs to work with the Catapult on new self-driving technology.”

Reacting to the public testing of autonomous vehicles in the UK, Business and Energy Secretary Greg Clark said, “Today’s first public trials of driverless vehicles in our towns is a ground-breaking moment and further evidence that Britain is at the forefront of innovation.