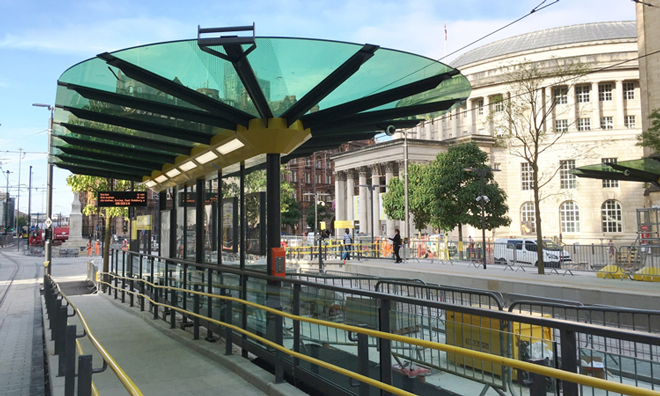 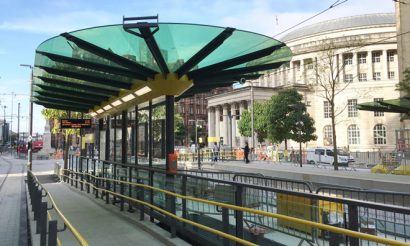 For the first time in nine weeks, a Metrolink daytime commuter service called at St Peter’s Square following Transport for Greater Manchester’s (TfGM) project to build the new stop. Thousands of morning rush hour customers were able to get off at the revamped tram stop for the first time, or carry on their journey through to the north and east of the city.

Services recommenced on Sunday 28 August following a thorough testing and commissioning process after Metrolink contractor M-Pact Thales (MPT) handed over the worksite to the Metrolink operator.

The much bigger tram stop is now more central to the square and features two new platforms and two sets of track. More than 20 trees have been planted throughout the square during construction work including four on the stop itself. 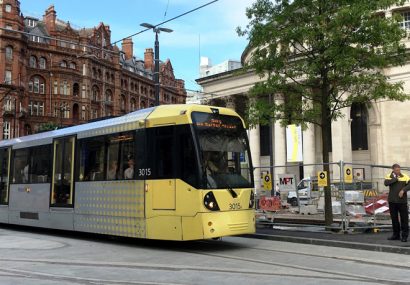 Finishing works are continuing around the tram stop and the square area in order to connect with the new Second City Crossing line, currently under construction and due to open next year, along Princess Street.

“Having trams back running through the new stop is a big landmark for the project and the future of Metrolink in the city.”

Councillor Andrew Fender, Chair of the TfGM Committee, said: “It’s great to hear the familiar toot of the horn again in one of the city’s most important civic squares.

“Commuters are at the heart of the Metrolink service and I’d like to thank everyone for their patience over the summer.

“Millions of customers pass through St Peter’s Square every year and ultimately the new expanded stop will be able to handle even more passenger as the city and wider region continues to thrive and grow.

“There’s still work to do as we get the Second City Crossing line ready for services early next year, but having trams back running through the new stop is a big landmark for the project and the future of Metrolink in the city.”