Consultation begins on the future of transport systems in West Yorkshire

Members of the public can now have their say on the future of transport in West Yorkshire with the launch of a 3-month consultation. 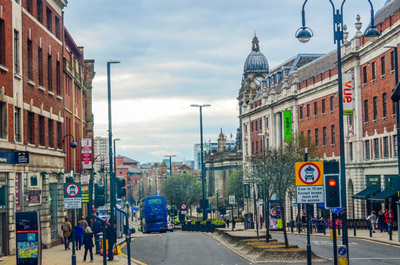 Members of the public can now have their say on the future of transport in West Yorkshire with the launch of a 3-month consultation.

As part of this process they are holding over 70 drop-in sessions to find out what people think about local bus services and the county’s transport network. The feedback received will be used to develop the new strategies.

The Bus and Transport Strategies will support the recently-updated Leeds City Region Strategic Economic Plan’s targets of creating an additional 35,700 jobs for local people over the next 20 years, and growing the City Region economy at a faster rate than the national average. They will also be used to update the current West Yorkshire Local Transport Plan, setting out how a modern, effective and integrated transport system can help people make the journeys they need to for jobs, education and leisure.

Cllr Taj Salam West Yorkshire Combined Authority Transport Committee member and Bradford councillor said: “Buses are by far the most highly used form of public transport with around 180 million bus journeys being made in West Yorkshire every year.

“Although they are effective at relieving congestion and connecting people with jobs, training and essential services, they can too often be seen as expensive, unreliable and a last resort rather than a positive choice.”

“The Combined Authority has long recognised the important role bus services play in underpinning our economy and has worked with bus operators to achieve improvements such as the MCard smartcard, real-time information and modern, low-emission vehicles.

“We want to hear the views of people who use buses, but if we are going to develop a bus network that more people will choose to use in the future, we also want to hear from people who don’t or won’t use them now.  We will also be talking to organisations representing groups such as disabled people, younger people and older people to ensure their views are represented.

“This is an important process that will shape the bus system for the next 20 years, so I hope as many people as possible will take the opportunity to voice their aspirations.”

“We have already worked with a range of partners to deliver improvements such as our MCard smartcard, real-time information and modern, low-emission buses and the past six months has seen the completion of new rail stations at Apperley Bridge and Kirkstall Forge, and opening of the new Leeds Station Southern Entrance.

“Now, through our Your Travel, Your Say public consultation, we want to know what our customers our communities and our businesses want to see prioritised for West Yorkshire’s transport”

Paul Matthews, Managing Director of First West Yorkshire said:  “Together with transport partners bus operators have introduced a number of improvements in recent years that have supported the very significant role buses play in our local economy and communities.

“We now look forward to working closely with all stakeholders as part of this important consultation to listen to the people of West Yorkshire and help shape the future of our transport system over the next 20 years.”

“Transport is an ever-present issue at mine and my colleagues’ surgery sessions, with bus services very high on the list so I’m pleased to see this consultation process getting underway in Bradford and that there are 14 more drop-in sessions planned for the district over the coming weeks.

“I’d urge everyone to have their say either online or at one of the drop-in sessions.”

A full list of the drop-in sessions can be found at www.yourtravelyoursay.co.uk.