Transport for London (TfL) has revealed that installation of new signalling equipment on the next four London Underground lines is now underway. 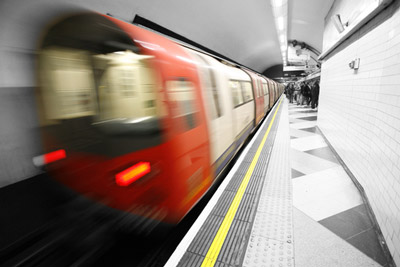 Transport for London (TfL) has revealed that installation of new signalling equipment on the next four London Underground lines is now underway.

The new signalling will allow London Underground to run more trains, more quickly, providing a 33 percent increase in capacity across the four lines by the early 2020s.

The vital new signalling will be delivered by transportation systems provider Thales and is, according to TfL, similar to the systems now successfully being used on the Jubilee and Northern lines.

32 trains per hour in central London

Delivery will take place between now and 2021, after which the main benefits, including an increase to 32 trains per hour in central London, will be witnessed by 2022.

Commenting on the milestone, Andrew Pollins, Managing Director of London Underground, said: “This is a major step in delivering this vital upgrade for millions of our customers. The signalling system on these lines is some of the oldest in use anywhere in the world, with parts of it dating back to the 1930s.

“The use of this newer, more sophisticated signalling system will mean more frequent, more reliable and less crowded journeys and will help us meet rapidly growing customer demand.”

Alistair McPhee, Vice President of the Ground Transportation Systems business at Thales, said: “The achievement of this major milestone on the Four Lines Modernisation project is a great testament to the continuing success of our ‘One Team’ approach – Thales and London Underground delivering a better service to passengers together.

“Getting installation underway takes us another step forward on our journey to provide the capacity on the network that London needs”.

Further benefits will include a train control system, which will increase capacity further starting with services in central London from late 2021, with additional frequent services at peak times. Throughout 2022 and due for completion by 2023, further improvements to peak and off peak services will take place.

Once signalling modernisation has taken place on all four lines, London Underground will begin to introduce new trains and control systems for the Piccadilly, Central, Bakerloo, and Waterloo & City lines.