Flexible bike hire scheme up and running at Oxford station

A new bike hire scheme has just been launched and is up and running at Great Western Railway’s (GWR) Oxford Station. 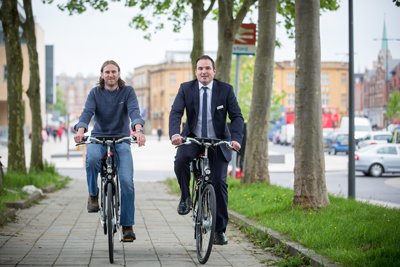 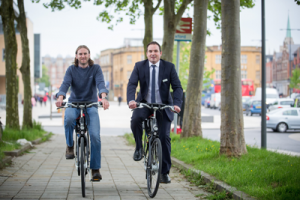 Bainton Bikes – an independently owned cycle hire and tours company based in Oxford – is offering a bike hire scheme that has no docking stations and is available 24 hours a day, seven days a week. Its aim is to make bicycle hire as easy to use and flexible as possible.

Kevin Moreland, Director of Bainton Bikes said: “Today’s hirers want to be able to pick up and put down a bike at will without having to park it in a docking station. This is what our scheme will offer.”

From the Bainton Bikes website, you will be invited to book a bike and download the app from software partners Donkey Republic. The app acts as a key to finding, unlocking and relocking your bike. Once you have located your bike, you are free to ride.

“Oxford is one of the most cycle orientated cities in the country and the flexibility that we offer will allow many more people to enjoy the city without the need for a car,” said Kevin.

The system allows customers to pick up a bike, for example at the station, at any time of day or night; use it as necessary, then return it there when finished. The bike hire company also offers a 24-hour helpline to tackle any problems should they arise.

“We, as a business and as individuals, have a responsibility to reduce the impact we have on our environment. Working with Bainton Bikes, I am delighted to offer this new service to our passengers and to encourage cycling to and from the station, before boarding one of our trains and on to some of the great destinations that we serve.”

“Together with the County Council, we are working to continuously raise the safety and convenience of cycling in the city and to encourage the use of public transport. Sustainable transport solutions are the key to the future of urban communities like Oxford.”