The UITP (International Association of Public Transport) MENA Transport Congress & Exhibition, held in Dubai, has reinforced the urgency to find congestion solutions for cities across the region. 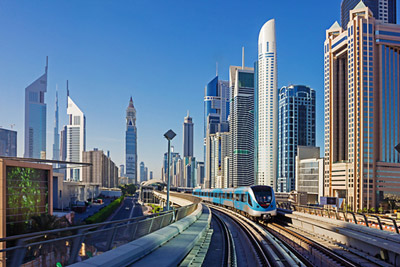 The UITP (International Association of Public Transport) MENA Transport Congress & Exhibition, held in Dubai, has reinforced the urgency to find congestion solutions for cities across the region.

With the MENA region witnessing rapid urbanisation and two thirds of citizens now living in cities, public transport and non-motorised modes is said to be crucial to limit traffic and congestion. In addition, economic growth combined with the relatively low cost of running a car has led to increased motorisation and alarming levels of congestion in capital cities across the region.

The UITP MENA Transport Congress & Exhibition has reflected the urgency to find congestion-cutting solutions. The role of governance was discussed at the event and the main recommendations were for cities to play a leading role in establishing a vision for public transport, to develop comprehensive and integrated master plans and to develop diverse public transport infrastructure, supported by policies to reduce car use. Technology will act as an enabler and cities will need to invest in new skills and adapt their structures to include and facilitate data-based decisions. 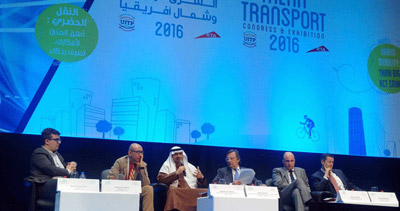 Given tight public resources, the issue of funding was a major topic for discussion, Public Private Partnerships (PPPs), increasing efficiency or station naming rights/branding were all cited as potential solutions, whilst finding the right ticket price so as to maintain revenue but not to lose customers. The importance of providing safe and efficient school transport was also touched upon.

Despite congestion issues in the region, the event also provided participants cause for optimism. Major public transport development projects across the region – such as Riyadh’s planned six metro and three Bus Rapid Transit (BRT) lines – are already bearing fruit: in Dubai, for example, sustained efforts have seen public transport usage increase by 215 percent from 2006-2015. Dubai also announced a target of 25 percent driverless mobility by 2030.

Eng. Khalid Alhogail, Chairmain of the UITP MENA Region and CEO-Board Director of Saudi Public Transport Company, said: “The big issue in the MENA region is that we have cheap oil which has pushed against public transport for decades but congestion is something we need to deal with whatever the oil price.”

“Here we see the challenge because we need to build big networks in a very short time and cities are becoming crowded and congested because of an absence of transport.”