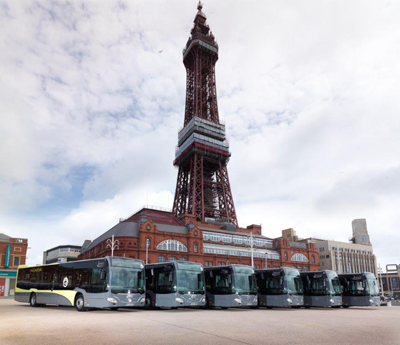 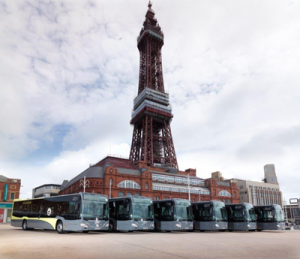 During the course of a year Blackpool Transport carries 20 million passengers – half of which are over the holiday season – making their communications systems integral to ensuring passenger and staff safety.

The deal with Leyland based TES Wireless Communications is for a managed service contract that involves the provision, commission and maintenance of a three site MPT1327 trunked radio system, that enables an ‘always on’ connection between bus or tram drivers and control rooms.
This represents a significant upgrade for Blackpool’s public transport network that will feature a continual, robust, high availability system that significantly improves coverage and call quality. In addition, the new system will provide a dispatcher system for both trams and buses, with each providing potential back up for the other.

The new deal will also see an extensive preventative maintenance agreement with annual recalibrations and swift repairs when required.

Bob Mason, Blackpool Transport’s Service Delivery Director, said: “TES have 25 years of radio technology expertise and they are specialists in our field, having provided communications capability to a number of significant transport networks including London Underground, Manchester Metrolink and Metro do Porto. Working with a supplier like TES is a demonstration of our commitment to our passengers and staff, so we can ensure they make safe, punctual and enjoyable journeys.”

Keith Edwards, Managing Director of TES Wireless Communications, said: “We’re delighted to be working with Blackpool Transport – it is an iconic business that is recognised by millions of people who have visited Blackpool and travelled on the town’s buses and iconic trams. Their operation covers 4.4 million passenger miles per year, which is the equivalent of eighteen return journeys to the moon. The system we are providing is robust and, unlike a mobile network, won’t have coverage issues, drop out or be switched off in an emergency situation.”