Transport Minister Robert Goodwill has called for an increase in cycling and walking for both short journeys or as part of a longer journey. 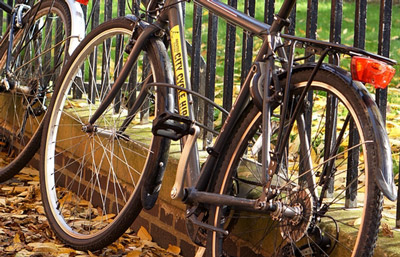 Transport Minister Robert Goodwill has called for an increase in cycling and walking for both short journeys or as part of a longer journey.

A new strategy aimed at increasing cycling and walking in the UK was launched by the government on 27 March 2016.

The blueprint aspires to double cycling, reverse the decline in walking, reduce the rate of cyclists killed or seriously injured and increase the number of children walking to school.

The new strategy has a clear ambition that by 2040 getting around by bike or on foot will be the natural choice for shorter journeys, or as part of a longer journey.

According to government, the strategy will be met through providing safe and attractive infrastructure to encourage journeys on bike and foot. As a result, a consultation has been launched seeking views on the strategy.

Transport Minister Robert Goodwill said: “The government’s blueprint to encourage more people to cycle and walk will benefit the whole of society by boosting the economy, improving health, cutting congestion and improving air quality. Realising our ambition will take sustained investment in cycling and walking infrastructure. That’s why we have committed over £300 million to support cycling and walking over this Parliament and this will increase further when spending on enhancing and maintaining existing infrastructure is taken into account.

“Delivering this long term plan will require patience, persistence and a change in attitudes – amongst government, local bodies, businesses, communities and individuals. We cannot afford not to grasp the opportunities available and we are determined to make this country a cycling and walking nation, comparable to the very best in the world.”

Following the end of the consultation on Monday 23 May 2016, responses will be assessed and a final strategy published in the summer, when the government will also issue guidance to local bodies on developing local plans.

A new independent expert committee will be established by October 2016 to advise on the strategy and its implementation.