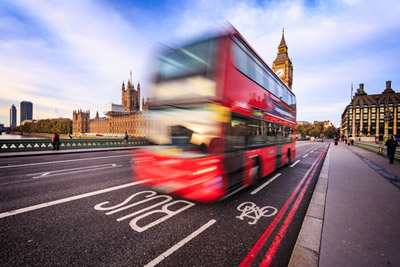 The new technology prevents vehicles from accelerating over speed limits, helping to improve safety on the capital’s roads and aiding the Mayor and TfL’s commitment to halve the number of people killed and seriously injured on London’s roads by 2020.

The trial was carried out on two bus routes – route 19 from Battersea to Finsbury Park and route 486 from North Greenwich to Bexleyheath. Buses on both routes encountered varying road environments and speed limits.

Results reveal buses fitted with ISA remained within the speed limit 97-99 percent of the time. However, on extremely rare occasions, excess speeds were seen on downhill sections of road.

The trials were particularly effective when travelling through 20mph zones – which are being widely introduced and cover around a quarter of London’s roads – helping to ensure other vehicles in the area adhered to the limit.

All new buses from 2017 will be required to have this technology fitted, as part of the Mayor’s recently announced Safety Standard for London programme.

Isabel Dedring, Deputy Mayor for Transport, said: “We’re determined to continually advance safety on our bus network and that’s why last month the Mayor launched a world-leading programme specially designed to drive forward major improvements. The use of this cutting-edge technology is just one example of how we are harnessing the latest technology to reduce the number of fatal and serious injuries on London’s roads.”

Leon Daniels, Managing Director of Surface Transport at TfL, said: “We’re investigating a range of new technologies that can make our bus network the safest in the world. These trials have proven that speed limiting technology can contribute to safer roads and streets. We’ll now work with manufacturers so that all buses coming off the production line can be fitted with the technology from next year.”

Jeremy Leach, London Co-ordinator for 20’s Plenty for Us Campaign, said: “TfL is taking big steps towards making buses safer. Limiting the speed of buses, and therefore the vehicles that are travelling around them, particularly on all the roads where the boroughs have brought in 20mph limits, will lead to fewer and less serious casualties. This is a sign of real progress in making London’s roads and streets less intimidating places for those who walk and cycle.” 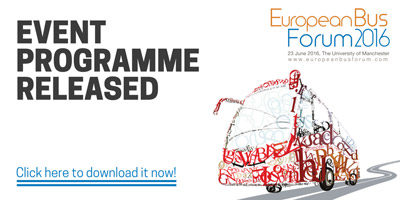