In his Budget 2016, Chancellor of the Exchequer George Osborne has confirmed an investment of £300m for transport projects including a commitment to London’s Crossrail 2 project. 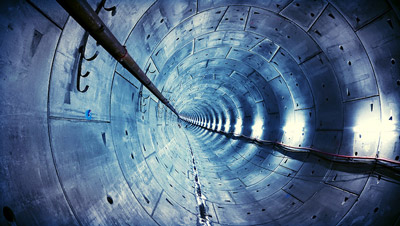 In his Budget 2016, Chancellor of the Exchequer George Osborne has confirmed an investment of £300m for transport projects including a commitment to London’s Crossrail 2 project.

George Osborne has set out plans to invest £300 million on transport projects across the country including £80 million for the proposed Crossrail 2 rail line in London. The Chancellor has also confirmed £60 million for the new High Speed 3 (HS3) rail line linking major cities in the North of England via Liverpool in the west to Hull and Newcastle in the east.

In his speech, the Chancellor said: “Across Britain, this Budget invests in infrastructure – from a more resilient train line in the South West, to crossings at Ipswich and Lowestoft in the East – we are making our country stronger.”

The proposed Crossrail 2 project will create a new rail line serving London and the South East that will connect National Rail networks in Surrey and Hertfordshire. The counties will be connected via new tunnels and stations between Wimbledon, Tottenham Hale and New Southgate, linking in with London underground, London Overground, Crossrail 1, national and international rail services.

Crossrail 2 will also increase tube capacity in London and reduce pressure at Victoria and Waterloo stations.

Commitment to the Northern Powerhouse

The Chancellor has reaffirmed the Government’s commitment to the Northern Powerhouse, providing funding to improve transport links across the North of England. The Government’s commitment follows a report published by the National Infrastructure Commission entitled High Speed North. The Commission was asked to advise on strategic improvements to transport connectivity in the North of England. The report highlights the importance of kick-starting High Speed 3, whilst integrating the line with HS2 and the North’s city gateway stations.

“I said we would build the Northern Powerhouse

“We’ve put in place the mayors.

“We’re making the Northern Powerhouse a reality and rebalancing our country.”

The Chancellor also highlighted progress of devolution to local authorities. He also proposes to devolve more power “so more of the responsibility and the rewards of economic growth are in the hands of local communities.”

Daniel Moylan, Interim Chairman of Crossrail 2 Ltd, said: “It is now full steam ahead. We now aim to push ahead at full speed and will submit a hybrid bill in this Parliament to start construction as soon as possible. This is an investment in the whole country’s future and last week the National Infrastructure Commission confirmed our view that Crossrail 2 was essential to the UK’s economy and urged that it should be taken forward as a priority. That is what we plan to do.”

Michèle Dix, TfL’s Managing Director for Crossrail 2, said: “The funding from the Government is fantastic news and allows us to get on with the vital next steps in making Crossrail 2 a reality. We will be working on the detailed design so that we can seek powers in Parliament to get construction under way. This should mean we can have the railway running just after 2030.

“These consultation results are very informative. We will now look at these along with further technical studies to see how we can amend our proposals to best fit in with the local areas whilst delivering this vital infrastructure to support growth.”

Stephen Joseph, Campaign for Better Transport’s chief executive, said: “Support for rail in this Budget is great news for the north of England, which will finally start to see the investment needed to rebalance the decades of neglect of its transport network. The Northern Transport Strategy identified that the key to growth in the North is ‘efficient and affordable public transport’ and today’s announcement of £60 million to develop the HS3 rail link will help achieve this. However, £75 million has also been confirmed for the damaging trans-Pennine road tunnel scheme, which should be buried once and for all. This project would worsen air pollution and road congestion as well as undermine efforts to promote the use of sustainable public transport.”

Mr Joseph continues: “The Chancellor has again taken the axe to local transport. By cutting the tax revenues local authorities will receive, vital transport spending on buses and filling pot holes risk being cut. With city devolution deals not yet up and running, this everyday transport will be left operating on a shoestring while millions continues to go on major infrastructure.”