Transport for London (TfL) has today published the latest bus safety statistics for the final quarter of 2015 revealing a slight reduction in the rate of injuries on the bus network. TfL figures reveal between October and December 2015, 1,488 people were injured in incidents involving buses, compared with 1,491 in the previous three months […] 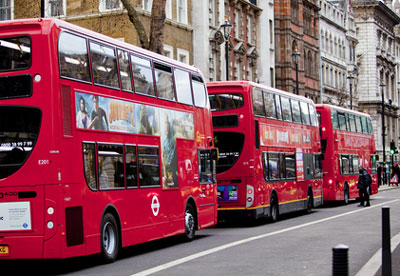 Transport for London (TfL) has today published the latest bus safety statistics for the final quarter of 2015 revealing a slight reduction in the rate of injuries on the bus network.

TfL figures reveal between October and December 2015, 1,488 people were injured in incidents involving buses, compared with 1,491 in the previous three months (July to September 2015). Eighty-seven percent of the injuries in the period were classified as minor, of these 84 percent were treated at the scene of the incident and did not require hospital treatment.

TfL highlights that the overall trend for collisions involving a bus or coach where someone has been killed or seriously injured has fallen by 48 per cent over the last decade.

Deputy Mayor for Transport, Isabel Dedring, said: “We’ve seen real progress in bus safety over the last few years as we’ve introduced 20mph zones across the city and trialled a range of cutting-edge technology on our buses. Although we have one of the safest bus networks in the world, we need to continue to drive improvements and meet the Mayor’s target of a 50 per cent reduction in the number of people killed or seriously injured on the Capital’s roads by 2020. That’s why we’re creating a world-leading programme to place an even greater focus on safety and help keep passengers and vulnerable road users safe.”

Mike Weston, TfL’s Director of Buses, said: “The vast majority of journeys on the bus network are made without incident, however safety is a top priority and we are determined to reduce the number of people who are injured. To this end we have recently launched a Bus Safety Programme that seeks to reduce the number of incidents and lessen the impact of them when they do happen. The publication of these statistics shows our continued commitment to transparency and achieving those goals.”

The recently Bus Safety Programme has been designed to bring together the newest technology, training, incentives, support, reporting and transparency right across the network.

The six-point programme will:

Further information on the Bus Safety Programme can be found here.