The Mayor of London and Transport for London (TfL) have launched a world-leading programme to drive major improvements in safety across London’s bus network. 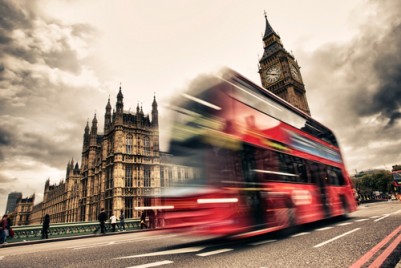 The Mayor of London and Transport for London (TfL) have launched a world-leading programme to drive major improvements in safety across London’s bus network.

Although the Capital’s bus fleet is one of the safest in the world, with 2.5 injuries for every million passenger journeys, the Mayor and TfL are committed to reducing collisions further and have created this brand new six-point programme to improve safety.

The programme will bring together the newest technology, training, incentives, support, reporting and transparency right across the network, contributing to TfL’s work towards meeting the Mayor’s target of halving the number of people killed or seriously injured on the Capital’s roads by 2020.

The six-point programme will:

The Mayor of London, Boris Johnson MP, said: “I’m proud that we have one of the safest bus networks in the world, but I’m determined to see it get even better. By creating this world-leading programme we will be placing an even greater focus on safety, making the most of the latest technology and bold initiatives to help keep passengers and vulnerable road users safe. Through this we will be able to make real progress towards my target of significantly reducing the number of people killed and seriously injured on our roads.”

Leon Daniels, TfL’s Managing Director of Surface Transport, said: “The Capital’s bus network is very safe and we are determined to take action to make it even safer. The Bus Safety Programme will examine a range of improvements, from vehicle design to bus driver training, from giving more information to the public to provision of support to those affected by serious bus incidents. We will also provide more information about bus safety and the outcomes of investigations into the most serious incidents.”

Beccie D’Cunha, Chief Executive Officer of RoadPeace, said: “RoadPeace welcomes this innovative and wide ranging bus safety programme from the Mayor and Transport for London. It demonstrates a continued commitment to the safety of all road users. We particularly welcome the programme’s focus on tackling danger at source, as well as greater transparency around casualty data and collision investigation. The commitment to support victims is also ground breaking and should inspire other authorities to follow.”

Sarah Hope, victim of a collision in 2007 in which she was seriously injured, her mother died and her daughter lost her leg said: “I have been in talks with TfL for nearly a year now and they have listened with open hearts and minds to the needs of victims of serious collisions in London. They have heard of the impact on my family and they have set about to make vital changes. I am proud to be working with TfL because I can see their commitment to making London safer and I believe the Incident Support Line will give a voice of kindness, offering the practical and emotional support people need when they are at their most vulnerable.”