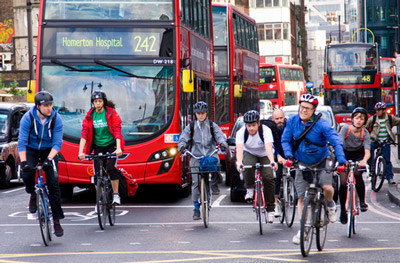 Transport for London (TfL) has revealed the latest bus safety statistics showing a slight reduction in the rate of injuries on London’s bus network.

Recent 2015 third quarter data reveals 1491 people were injured in incidents involving buses, compared with 1506 in the second quarter. The results suggest the casualty rate continues to remain low and has fallen slightly from 2.6 injuries per million passenger journeys between April and June 2015 to 2.5 injuries recorded in the period July to September 2015.

Eighty-two percent of recorded injuries were classified as ‘minor’, and of those, 84 percent were treated at the scene of the incident and did not require hospital care.

Mike Weston, TfL’s Director of Buses, said: “We are determined to reduce the number of people who are injured on the bus network.  We are taking a range of actions, including investing in new safety technology.  We have also created bespoke training that is being delivered to all of the 24,500 bus drivers in the Capital, to keep both bus passengers and vulnerable road users safe.”

With over 600 million journeys made on the Capital’s bus network and London’s buses travelling 100 million kilometres during Q3 2015, TfL has invested in a number of initiatives to further improve safety on the bus network. They include, trialling Intelligent Speed Adaptation (ISA) technology designed to reduce speeds and increase vehicle safety, the introduction of CIRAS (Confidential Incident Reporting and Analysis System) to all bus operators from early next year, sustaining a rigorous training regime for bus drivers and introducing “In the Zone” training course to all 24,500 bus drivers heightening awareness of vulnerable road users, particularly cyclists and pedestrians.