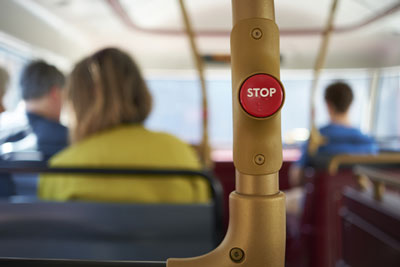 A North East Combined Authority (NECA) Quality Contracts Scheme for control of North East bus services has been rejected by the QCS Board and local traffic commissioner.

The Quality Contracts Scheme submitted by Nexus in October 2015, proposes that bus services should be franchised in Tyne and Wear through the letting of contracts replacing the current system whereby the majority of bus services are commercially funded by bus operators. Nexus would therefore have control over routes and timetabling and determine what local services and facilities should be provided.

The QCS Board, chaired by Traffic Commissioner for the North East of England, Kevin Rooney, issued its report and concluded:

The QCS Board states: “This is the first time that the 15-year-old legislation supporting quality contract schemes has been put to the test. It seems to us, that the legislators probably had in mind that it would be tested in a rather smaller scale first.

“By its very nature, everything that Nexus was trying to assess was a novel intervention. There was little, if any, truly relevant research for them to draw upon. It is the board’s view that they have done exceptionally well to get where they have got to today. It is always far easier to criticise, than to create.”

Reacting to the Boards decision, Nexus Managing Director Tobyn Hughes, said: “We are extremely disappointed that the Board’s opinion is negative regarding the proposal, and there are aspects of it that we simply do not agree with. Of particular concern is that the Board took a highly pessimistic and surprising view of financial risks, suggesting that Nexus must budget for costs to be up to 40 percent higher than we know them to be, while at the same time suggesting the bus companies should be compensated out of public funds for missing out on future profits from the very same network of routes.”

“The QCS Board notes that the alternative partnership offer would not exist in its current form if Nexus had not pursued this process, and that the bus operators ‘put forward as little as possible until the very last minute’.  Further, it has ‘significant sympathy with the view of Nexus that some of the benefits of the partnership may not have materialised’.  Despite this, the Board seems willing to accept the partnership offer at face value, which is at odds with the risk-averse approach it applies when considering Nexus’ proposal.

“The Combined Authority’s Leadership Board will consider the opinion of the QCS Board at its next meeting.  It will be up to the Leadership Board to decide whether to ask Nexus to refresh the technical analysis and submit a revised proposal, or whether to pursue other options.”

Commenting on the Review Board findings, Stagecoach Group Chief Executive Martin Griffiths said: “We welcome the Review Board’s confirmation that the core franchising proposal was unaffordable, inflexible, high risk and not in the public interest.

“We would urge the North East Combined Authority to respect the findings of the Review Board, and put passengers and local people first, by abandoning the misguided franchising plans. Instead, we call on them to work in partnership with bus operators to build on Tyne and Wear’s excellent bus network and deliver on our joint responsibility to give local people even better bus services.”

“The Quality Contract Scheme process is disproportionate and too costly”

Pteg member and Merseytravel’s Director General, David Brown, added: pteg has consistently argued that, where transport authorities wish to introduce the franchising of bus services, the Quality Contract Scheme process is disproportionate and too costly given that it was meant to make franchising a more realistic option. Bus services are provided through a franchising system in London and it is how all national rail services are provided – and yet the process for extending the benefits of planned and integrated bus services outside London is convoluted and arcane. In this respect we welcome the Board’s view that franchising can create a transformational and integrated public transport system.

The QCS Board’s full report can be downloaded here.