Sheffield City Region Combined Authority Transport Committee has approved a wide-ranging package of bus improvements for Sheffield which will be incorporated into the Sheffield City Region Devolution Deal. The package, agreed on 1 September, includes a revised, integrated, city-wide bus network and a better value multi-operator ticket range on smartcard. The full package will be […] 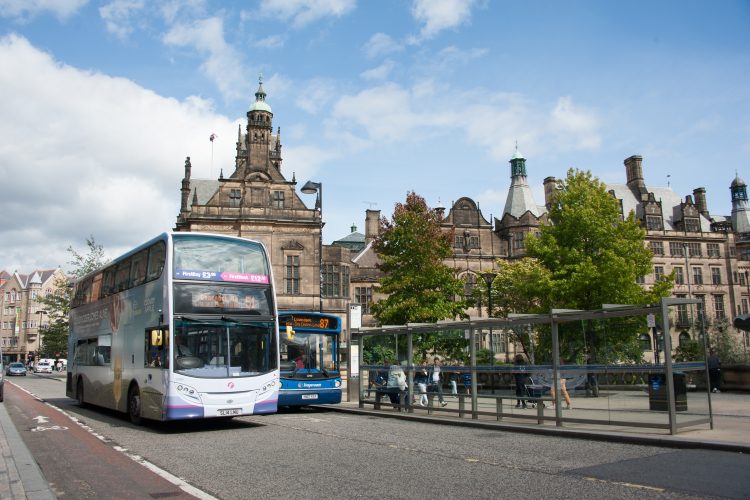 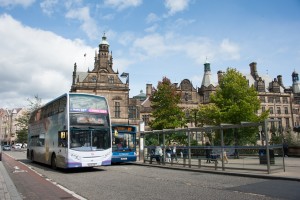 The package, agreed on 1 September, includes a revised, integrated, city-wide bus network and a better value multi-operator ticket range on smartcard. The full package will be introduced from the 31 October and implemented as part of the transport objectives of the Sheffield City Region Devolution Deal.

In July 2015, the Sheffield Bus Partnership (SBP) – made up of local bus operators, Sheffield City Council and South Yorkshire Passenger Transport Executive (SYPTE) – led a public consultation on the approved city-wide bus network which attracted almost 2,500 responses. The feedback helped the SBP to develop and improve on the proposed network based on passenger travel patterns and community needs including retaining a number of local bus links. A review of the consultation allowed the development of a model which is better coordinated and sustainable. Buses that are not well used have been removed and supply better matched to demand, with services re-routed or resources reinvested to parts of the city that need them more to improve access to employment, education or community services.

Sheffield’s revised bus network will offer passengers a fully integrated, city-wide bus service operated in partnership by First South Yorkshire, Stagecoach, Sheffield Community Transport and TM Travel. The network includes seven Qualifying Agreements which permit the joint or coordinated operation of a single route by more than one operator and will provide the passenger with a choice of operator on these corridors.

In addition, customers will benefit from reduce fares through the model’s multi-operator ticket range on a smartcard platform offering discounts of up to 23 percent on comparable existing tickets. The tickets are fully compatible with Sheffield’s approved fully integrated and coordinated bus network, allowing passengers to have one ticket and travel on any bus regardless of the operator.

“Our partnership in Sheffield has gone from strength to strength. Since the ground-breaking introduction of the voluntary Sheffield Bus Partnership in 2012 we have reduced fares and improved services resulting in higher satisfaction and growth in customer volumes.

“By continuing to work together with other operators, the Passenger Transport Executive and Sheffield City Council, we have now designed a consolidated and sustainable network that has been shaped by feedback from customers.

“We’re proud to be at the leading edge of bus partnership work in the Country with this Agreement meeting the objectives of the Sheffield City Region delivered through voluntary partnership rather than a longer, more complicated and expensive franchise option. Agreements such as this in Sheffield help provide longer term stability for customers as well as certainty in the market for the transport partners to bring in further investment in new buses as well as maintaining great value fares.”

“We look forward to working with our partners in introducing the bus package and welcoming customers on board.” 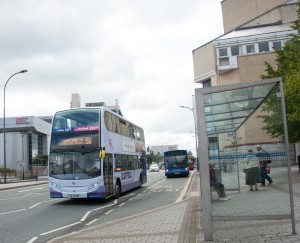 SYPTE Interim Director General, David Young, said: “We are delighted that Sheffield City Region Combined Authority Transport Committee has today (1 September) approved this important package of bus improvements for Sheffield, taking us one step closer to achieving the transport objectives of the SCR Devolution Deal and delivering what our customers tell us they want.

“Sheffield Bus Partnership’s ambitious plans offer a co-ordinated spread of buses that will deliver a more efficient service to better meet passenger travel patterns and community needs. The introduction of cheaper “Smart” multi operator tickets in Sheffield and Rotherham complements this, allowing people to catch the first bus that comes along, regardless of the company that runs it.”