Transport for Greater Manchester (TfGM) and technical delivery partner Atos have agreed to terminate a contract designed to deliver and operate the ‘get me there’ smart ticketing scheme. Termination of the contract to design, build and operate Manchester’s first smart ticketing scheme was mutually agreed on 05 August 2015 with substantial compensation due to TfGM […] 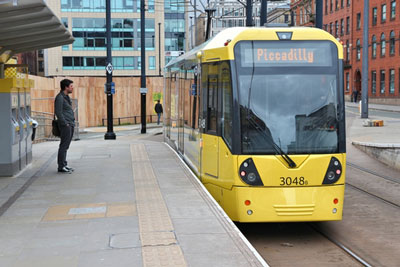 Transport for Greater Manchester (TfGM) and technical delivery partner Atos have agreed to terminate a contract designed to deliver and operate the ‘get me there’ smart ticketing scheme.

Termination of the contract to design, build and operate Manchester’s first smart ticketing scheme was mutually agreed on 05 August 2015 with substantial compensation due to TfGM for costs incurred. TfGM insist the rollout will continue despite ending the contract with its key supplier.

In a joint statement, TfGM and Atos said: “TfGM contracted Atos in 2012 to design, build and operate a Smart Ticketing System for Greater Manchester to be rolled out initially on Metrolink and with options to roll the system out subsequently to bus and rail.

“Although the system is currently operational for use by our 500,000 concessionary card holders, after a considerable period of delay it has become clear that Atos cannot deliver the smart ticketing system as contracted.

“Therefore, the parties have decided that it is in their best interests to agree to a mutual termination of the contract, on commercial terms, the details of which, remain confidential between the parties, but which provide substantial compensation to TfGM in respect of the costs incurred and which will enable TfGM to develop a Smart Ticketing System with alternative providers.

“Atos are collaborating with TfGM to ensure that the existing services are maintained and transitioned to new providers.”

The ‘get me there’ smart ticketing system was introduced in October 2014 on Metrolink for people with concessionary travel passes. In total 500,000 passes have been issued with more than 60,000 smart journeys made each week.

A TfGM spokesperson said “The world of technology is moving faster than any of us could have anticipated, and nowhere else is this more true than with smart ticketing.  Today’s smart card already looks destined to be overtaken by contactless payments and mobile apps on smart phones.

“Given TfGM’s commitment to deliver an integrated smart ticketing scheme, and with the opportunities afforded to us by the forthcoming Bus Bill, which will allow the Mayor to set fares and to franchise buses in a controlled way from 2017, it is only right that TfGM re-thinks its approach to the get me there scheme to ensure that it is flexible and fit for the future.

“This has allowed TfGM to bring in a range of experts to look more closely at just what customers want and how we expect their needs to change. Therefore, whilst we continue to run the existing Metrolink scheme for our 500,000 concessionary card holders, we will now look at all possible options to deliver the best possible outcome for customers as we move towards a far more integrated world class transport.”

Further details about the roll out of get me there will be provided over the next few months and a number of new developments aimed at making travel easier are expected to be announced later this year.