Parisian public transport operator RATP has signed a contract with Solaris Bus & Coach for delivery of a new Urbino 12 electric bus for test on the streets of Paris. Over the coming months, RATP (Régie autonome des transports Parisiens) will carry out tests on the Solaris battery bus as part of a wider project, […] 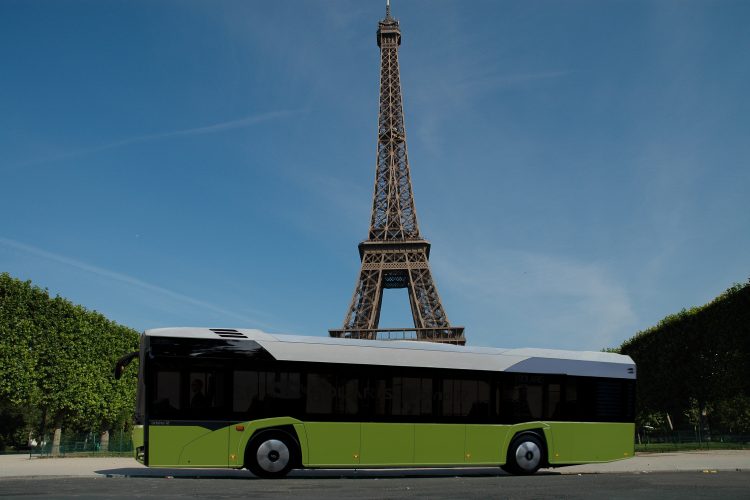 Parisian public transport operator RATP has signed a contract with Solaris Bus & Coach for delivery of a new Urbino 12 electric bus for test on the streets of Paris. 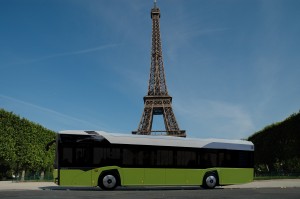 Over the coming months, RATP (Régie autonome des transports Parisiens) will carry out tests on the Solaris battery bus as part of a wider project, supported by Greater Paris transport authority STIF, to remove traditional diesel powered bus and create an emission-free fleet by 2025.

The new Urbino 12 electric bus will be presented to the general public at the COP21 United Nations Climate Change conference which will be held between 30th November and 11th December in Paris. Following the ceremony, the electric bus will begin regular passenger service on lines on lines 21 and 147 in the French capital.

Marie-Claude Dupuis, Director of the Bus Department in RATP said: We are much satisfied with the possibility to test the Solaris battery bus and the new technology it is fitted with. The experience gained during test drives will help us to consolidate our plans within our Bus 2025 programme.”

Dr. Andreas Strecker, CEO of Solaris Bus & Coach added: “The cooperation with RATP, including the test rides of the new Urbino 12 electric, is undoubtedly a challenge. Our new battery bus will show its best side on the Parisian streets. The new Urbino is a vehicle fitted with plenty of innovative developments such as a third generation electric axle and a new, lighter bodyframe. Its pleasant and comfortable interior, not to mention its extraordinary design, will surely make a good impression.”

The Solaris electric bus designed for Paris is based on the new Urbino construction which celebrated its world premiere in Hannover at IAA exhibition in September 2014. The new vehicle is lighter, more robust despite being made from the same noncorrosive materials as before, and is equipped with a 240 kWh battery and a plug-in charging system. Solaris will provide the operator with external charging station with a power of 80 kW.

In addition, the Parisian bus will be fitted with the Solaris ZF AVE 130 drive axle, in which two independent electric motors are mounted close to the wheels. The innovation reduces overall weight while at the same time increases space inside the bus allowing the interior to be configured freely. Solaris believes the axle ensures an exquisitely quiet drive as well as smooth acceleration and braking.

The bus interior provides 30 seats including 16 pedestal-free seats, energy-efficient LED lighting both inside the bus and for all exterior lamps and an ergonomic cab with a higher seating position designed to improve interaction with boarding passengers. Visibility has been improved by the installation of larger windows and the cab is fitted with an intuitive touch-screen dashboard.