Beginning in late 2022, Transdev’s German subsidiary will oversee the operation of 55 buses between Korntal – Weilimdorf – Giebel in Stuttgart, which will include a combination of diesel hybrid vehicles and an electric articulated bus. 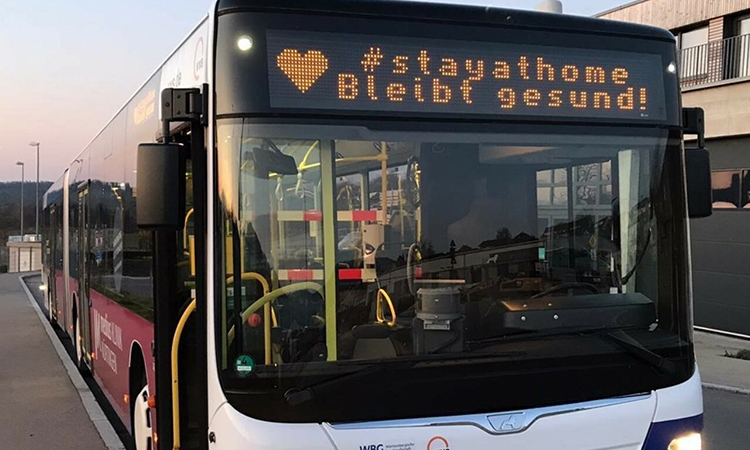 French-based transport operator Transdev’s German subsidiary, Württembergische Bus-Gesellschaft (WBG), has been awarded a contract to act as the subcontractor for a new bus route in Stuttgart. From December 2022, WBG will operate the articulated buses between Korntal – Weilimdorf – Giebel.

WBG secured this contract at the end of 2021, with an agreed annual mileage of 390,000km. With this new contract, WBG will oversee the operation of 55 buses on behalf of Verkehrs-und Tarifverbund Stuttgart GmbH (VVS) by the end of 2022.

The quality requirements of Stuttgart’s public transit system are especially high, which is why Friedrich Boehringer, Managing Director at WBG, is particularly pleased with having secured the contract. These high standards are evidenced by the bus fleet that is set to be used, which includes a combination of diesel hybrid vehicles and an electric articulated bus.

“The new line complements our existing services with the VVS very well and will be managed from WBG’s Ludwigsburg location,” said WBG’s Managing Director, Friedrich Boehringer.

“The new contract confirms that, with the right combination of costs and quality, success can be achieved, even in a competitive environment,” said Manfred Kienzler, of Transdev Germany.

This news follows the recent announcement that the Transdev John Holland joint venture has been awarded the Greater Sydney Region 9 bus contract by Transport for New South Wales (TfNSW), which covers the eastern and south-eastern suburbs of Sydney and the Central Business District (CBD). The region includes some of Sydney’s busiest bus routes, with an annual typical ridership of 67 million customer journeys.

The eight-year contract, commencing in April 2022 until 2030, represents a further extension of Transdev’s existing public transportation footprint in Australia’s largest metropolis. With Transdev operating buses in Sydney since 1998 – currently in regions 10, 12 and 13 – as well as operating Sydney’s iconic ferries and light-rail services, the Group will be in the unique situation to be truly multimodal.