As part of its efforts to become a fully electrified mobility platform, Uber is supporting its drivers in transitioning to electric vehicles and its users in making more sustainable transport choices. 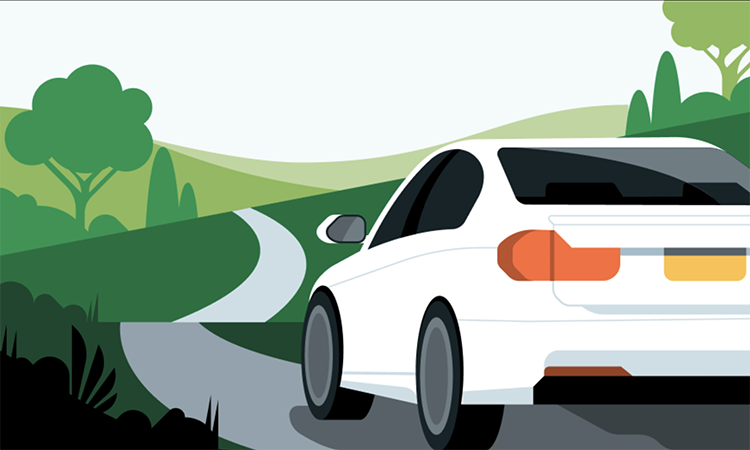 A year on from outlining its global sustainability commitments, Europe is leading the way in driving progress towards Uber becoming a fully electrified mobility platform.

Drivers on the Uber app are switching to electric vehicles (EVs) at a much faster rate than in the mass market, putting the ride-hailing app on track to meet its ambitious 2025 electrification commitment across seven key European capitals – Amsterdam, Berlin, Brussels, Lisbon, London, Madrid and Paris.

However, as highlighted in Uber’s 2020 SPARK! report, progress towards a fully electric platform is best achieved in cities where Uber enjoys constructive relationships with local governments who have prioritised a green recovery. These partnerships will continue to be vital in delivering its joint goals for a cleaner, more sustainable future.

Making it as easy and as financially attractive as possible for drivers to transition to electric vehicles has been at the forefront of Uber’s efforts to date. Its Clean Air Plan and Electric Mobility Plan (in London and France, respectively) are a critical part of Uber’s approach to helping drivers to save – over €190 million has been saved for drivers so far, and millions have been spent by thousands of drivers in switching to an electric vehicle.

Drivers on the platform in Europe also enjoy access to a number of exclusive deals negotiated by Uber with leading companies such as Hyundai, Kia, Nissan, Renault and Tesla. Additional access to electric vehicles for drivers is available through local fleet partners such as Otto and WeFlex. Finally, Uber is working with UK-based startup Arrival on the development of an EV built specifically for the ride-hailing market across Europe.

Working closely with cities and policymakers has been integral to accelerating this transition. This has involved providing cities and industry partners with detailed heat maps on expected charging utilisation, joining the European Green Digital Coalition and supporting the European Union (EU) Climate Pact.

Finally, Uber is focused on improving charging infrastructure – one of the key concerns for drivers when assessing whether to switch to an EV. The app is working with cities to help to identify the key areas where charging is needed most. Uber is partnering with European suppliers of both rapid charging and at, or near, home charging, such as BP Pulse, EDF, PowerDot, TotalEnergies and Vanderbron. Where Uber believes it can make a difference, it has also committed to invest. In London, the app is spending at least £5 million by the end of 2023 in boroughs with the greatest need for new EV infrastructure.

Central to Uber’s efforts has been the continued expansion of Uber Green, whereby riders can request a low-emission ride option and drivers can earn more per trip. With Uber Green now available in 100 metropolitan areas across two continents, the app has seen significant impact in Europe over the course of 2020 and 2021.

In London, Uber has doubled the number of fully electric vehicles since the launch of Uber Green in March 2021, with 90 per cent of all drivers who join Uber with a new vehicle now opting for a fully electric car. In Paris, where it has focused on progressively removing diesel vehicles, 31 per cent of all kilometres on the Uber platform are now in EVs or petrol hybrids. In Lisbon, fully electric kilometres hit nine per cent in the first half of 2021.

The app has also worked on providing further sustainable options, such as public transport integration into the app, most recently in Brussels – and, by mid-2022, across its seven key European cities – along with micro-mobility options (such as e-bikes and e-scooters), which continue to grow through Lime and Cityscoot integrations.

As it looks ahead, Uber will double down on its efforts to provide drivers with further vehicle and charging options in order to accelerate the transition to EVs, as well as empowering consumers to choose Uber Green in more European cities.

The app will accelerate towards its goals with clear action. Uber can’t do this alone, however. Success in the coming years will be defined by how the app continues to work with all stakeholders – manufacturers, charging providers, NGOs and, crucially, cities and governments. Going green is a team effort, and Uber is proud of the role that it is playing to clean up urban mobility.