As part of its new initiative, Bolt is working to make the electric scooter a more visible transport option in order to decrease the world’s dependence on the private car. 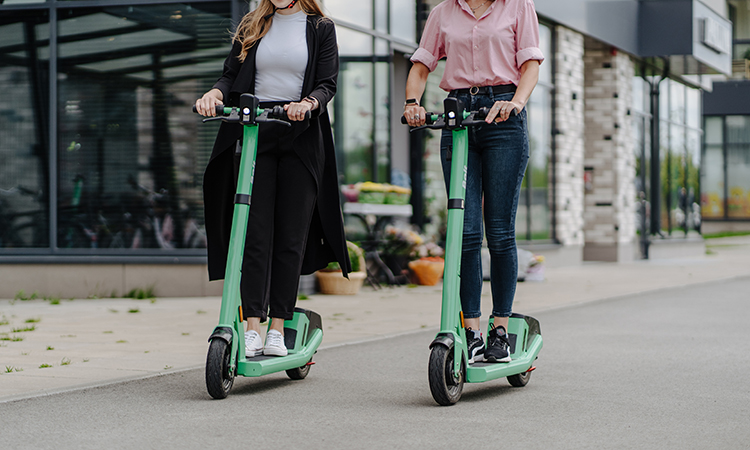 Bolt, the European micro-mobility app, has begun establishing how it can alter the behaviour of its users to benefit the environment and infrastructure of cities across Europe. This is being done through a series of user experiments that have so far been showcased to hundreds of thousands of customers in nine countries across Europe.

The first step of the initiative – which has been deployed to 340,000 customers since mid-June 2021 – has been to make the electric scooter more visible as a transport option within the app when algorithms calculate it to be the most appropriate choice. Distance is the main determining factor in initial testing. For example, if a customer has indicated that they’re planning on ordering a ride-hailing trip with a distance of less than three kilometres in the city centre, and a Bolt electric scooter is within 300 metres of the pick-up point, the electric scooter category will appear above that of ride-hailing when transport modes are presented on the ordering screen.

Bolt will develop different features that will help users to find the most convenient and sustainable mode of transport, with factors such as time of day, traffic, weather and user safety to be taken into account for future iterations. For example, in congested areas, e-scooters will be suggested; but, at night, a ride-hailing trip is suggested to bring the user home safely. Furthermore, the company is looking to integrate its electric bikes into the experiment in 2022 to gather further insight into how its different transport modes are used. Cities being considered include Bordeaux, Lisbon and Prague.

Results so far have been encouraging. In Lisbon, the number of customers that opted for an electric scooter – instead of the ride-hailing ride that they had originally planned on taking which met the experiment’s criteria – increased by 171 per cent. In Krakow, this was 60 per cent, and Stockholm 25 per cent. Bolt will continue to analyse the resulting data and is in conversation with local stakeholders on how to best leverage the findings in time for next season. The user cohorts will increase in size, scope and efficiency over time. Results achieved so far suggest that thousands of rides can be converted.

Dmitri Pivovarov, Global Director of Rentals at Bolt, said: “Bolt is unique by not only being the largest operator of electric scooters in Europe, but also by offering multiple modes of transport within a single app. This puts us in a privileged position to unpack how micro-mobility can truly bring positive value to cities. By the looks of the fantastic results so far, there’s lots of progress that can be made.”

Bolt offering ride-hailing and electric scooter services in a single app within one city has already brought benefits. For example, 11 per cent of Bolt’s ride-hailing users in Gothenburg were convinced to become regular users of electric scooters for shorter journeys, equating to an estimated total carbon saving of around 621 tonnes of carbon per year. This is in addition to all ride-hailing rides in Europe being carbon neutral thanks to the company’s Green Plan and scooter operations being climate positive thanks to the company’s e-scooter sustainability pledge. The next step is to finesse software and operations to ensure that the right transport mode is used in the right circumstances, continuing to decrease the world’s dependence on the private car, alongside affordability and quality hardware.