Metrolink drivers will strike over what Unite the union has called a “pitiful” pay rise offer from operator Keolis Amey Metrolink, with industrial action set to disrupt major sporting events. 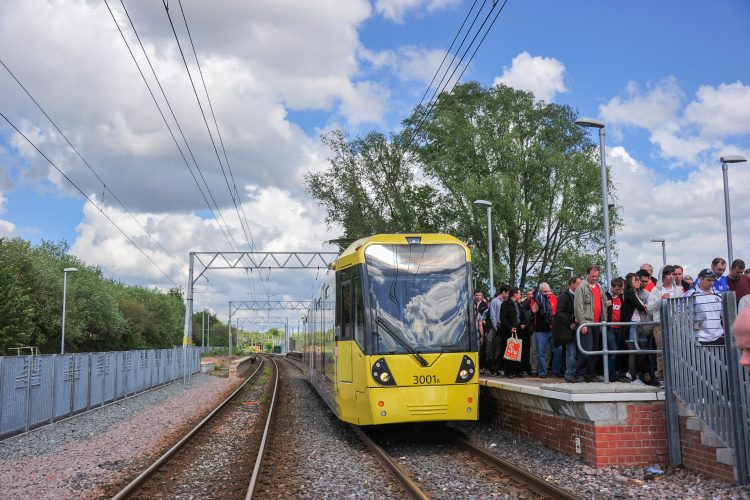 Tram drivers who operate on Manchester’s Metrolink network have voted to strike at weekend over a pay dispute, in a move which could disrupt the city’s transport network during two major sporting events.

The row comes as a result of drivers being offered a pay rise of 0.3 per cent backdated for the period from January to March 2021 followed by a 0.7 per cent increase from April 2021 to April 2022. However, Unites says the one per cent pay rise over the past 15 months would in actual fact be a “real terms pay cut”, because of the current rate of inflation.

“Metrolink tram workers, who continued to work throughout the pandemic, are simply not going to accept a frankly pitiful one per cent pay deal,” said Unite regional officer Dave Roberts.

“Unite has been seeking to resolve this matter for six months without success and our members now believe that as a last resort they have no other option but to take strike action.

“Strike action and the inevitable disruption that will bring can still be averted if management returns to the negotiating table with a realistic pay offer.”

Keolis Amey Metrolink (KAM), which operates the tram network, expressed its disappointment with the industrial action, but vowed to “continue to engage with Unite to work towards an agreement that prevents any strike action, and the subsequent impact on services to our passengers.”

A similar sentiment was expressed by Transport for Greater Manchester’s (TfGM) Head of Metrolink, Danny Vaughan, who said that it was “disappointing that members have voted in favour of industrial action, and I would appeal to both sides to work together to find a resolution, while there is still time.

“There is no good time for strike action, but the days picked will impact on participants and spectators of some very significant and much-welcome events, which have returned to Manchester post-covid.

“Our priority will be to limit disruption as much as possible and we will work with KAM and other transport operators to make sure people can still enjoy these events, even if Metrolink services are not running on those days.”

The events Vaughan is referring to are the Manchester Marathon and a Manchester United home fixture at Old Trafford, both of which will attract thousands of visitors. Strike action is planned for 25 and 26 September, 10 and 14 October.