The reopening of Line 12 means Madrid’s southern suburbs are reconnected to the city’s main metro network, with the works reportedly improving train speeds and journey times. 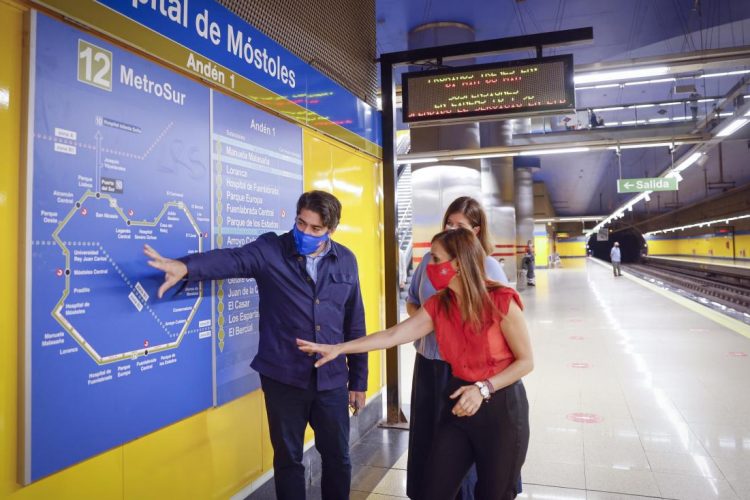 Madrid Metro has announced the reopening of a stretch of Line 12 (also known as Metrosur) of the Spanish capital’s metro network, adding crucial capacity to the system which the authority says will reduce travel times.

The pace of the works has meant that the stretch between Hospital de Móstoles and Conservatorio stations has re-opened a week earlier than scheduled, with Madrid Metro claiming the improvements carried out will lead to greater safety and comfort for Metrosur users.

The Regional Councillor for Transport and Infrastructure, David Pérez, visited Hospital de Móstoles station– one of the stations on the stretch that has re-opened its doors to passengers, one week ahead of schedule. Crucially, the works have been completed before the beginning of the school term so as to avoid further disruption.

The actions carried out have improved the conditions on the last 12 kilometres of the line that were still pending renovation. Now that the whole line has been reformed, Madrid Metro says train performance has been enhanced in terms of their speed.

With a budget of more than 12 million euros, work has been done on seven stations in the southern stretch of the circular line. In addition to extending the lifespan of the tracks, noise and vibrations have been reduced and the drainage system has been improved. In addition, an updated and more modern track fastening system has been introduced, thus improving train speeds and passenger safety, along with comfort.

The Renovation and Improvement Plan, implemented by Metro de Madrid, has involved the closure of stretches on Lines 6, 7 and 9 of the underground, which has been completed at several other points, allowing the re-opening of the stretch of Line 6 between Pacifico and Sainz de Baranda stations, and of Line 9 between Colombia and Plaza de Castilla stations.

The digitalisation of transport payments has arrived in Guatemala City