The Waterfront Line serves many points of interest within the Ohio city, including the FirstEnergy stadium, which will see more than 60,000 football fans pack in to watch the Cleveland Browns. 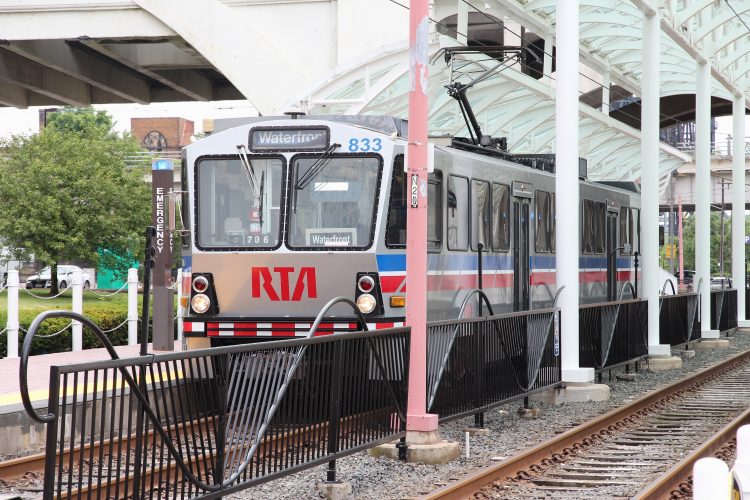 Greater Cleveland RTA has announced the indefinite suspension of the Waterfront Line (a light rail line) due to safety concerns related to the Waterfront Line Bridge. The Bridge is located on the East Bank of the Flats (a district of Cleveland) and extends over Front Street and the Norfolk Southern Rail tracks.

During a routine inspection conducted in 2018, the RTA says stress fractures were identified.  As a result, monitoring of the bridge began and traffic was restricted (one train crossing at a time).  Last October, service along the Waterfront Line was suspended due to a track rehabilitation project at Tower City. This past summer, before the planned resumption of service, the bridge underwent an extensive inspection. Preliminary results, released in August, recommended four interim support towers be built to stabilise the bridge.

In addition, the inspection advised that service on the bridge should not be resumed until a permanent solution to the bridge’s weakness is found. The RTA says the total timeframe for the total rehabilitation of the bridge is approximately two years, while six million dollars, from RTA’s FTA federal formula grants has been budgeted for the project.

What’s perhaps most concerning for the city of Cleveland and its transport authority is the line’s importance in getting fans to the FirstEnergy Stadium, home of NFL team the Cleveland Browns. The stadium is served by the Waterfront Line, and with the Browns hosting the Houston Texans on 17 September, the RTA has confirmed it will not be able to provide an alternative service due to normal game day congestion and street closures.  Fans riding the Red, Green or Blue Lines to Tower City are directed to walk north on West 3rd Street to FirstEnergy Stadium.

The Waterfront Line was opened in 1996, and was designated as a legacy project for the City of Cleveland’s Bicentennial celebrations.  The Line serves to link RTA’s Red, Blue and Green Lines from Tower City to attractions along the East Bank of the Flats and North Coast Harbor.