King County Metro says it will be measuring who is impacted by the new measures, to ensure that it does not “perpetuate inequities” as a result of the additional staff being deployed. 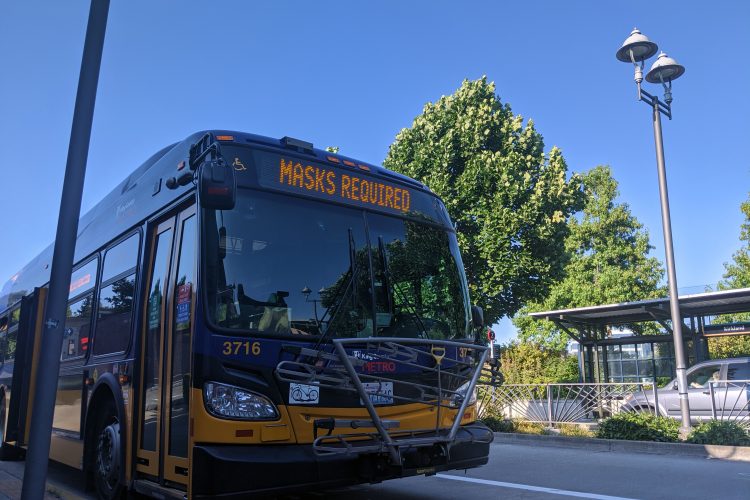 King County Metro, which runs public transportation services in King County in Washington State (including in Seattle) is introducing new measures to improve the safety and security on its network, which will see 36 new Transit Security Officers (TSOs) deployed on services during all hours of operation.

Earlier this year, the authority introduced its Safety, Security, and Fare Enforcement (SaFE) initiative to reimagine safety and security by reforming and restructuring its security and fare enforcement policies and practices.

A survey of more than 5,600 people has provided the authority with plenty of feedback about both the good and bad of King County Metro, which it says is being reviewed by a staff and community members who are serving on an initiative equity team. The authority says it will be publishing its findings soon.

“At Metro, we acknowledge the historic negative relationship of law enforcement with many of our Black, Indigenous, People of Colour (BIPOC) community members and we are committed to centring equity, public safety, and the voices of those most impacted by systemic racism in all of our work,” said Terry White, General Manager of King County Metro.

“Today, I’m pleased to share several next steps that will be implemented during the weeks and months ahead. These immediate and temporary updates will take place over the next 12 months in parallel with, and helping to inform, the longer-term changes that will be guided by the SaFE initiative.”

The implementation plan for these new measures is currently being developed and launch is slated for the Autumn of 2021. King County Metro says the plan will ensure that fair, just, and unbiased deployment and presence practices are in place so that it can increase safety and not “perpetuate inequities”, and as a result the authority will be tracking who is impacted by the measures.

As part of those plans, Metro will be adding 36 new Transit Security Officers (TSOs) for on-coach deployment. These staff members will serve to increase security presence during all hours of operation, including Night Owl bus service (midnight to 5 am). These additional resources will be deployed on routes not covered by current security teams.

The importance of investing in customer journeys