Bird’s integration with Google Maps will enable riders to locate the operator’s bikes and scooters, before riders are directed to the Bird app to unlock their chosen vehicle. 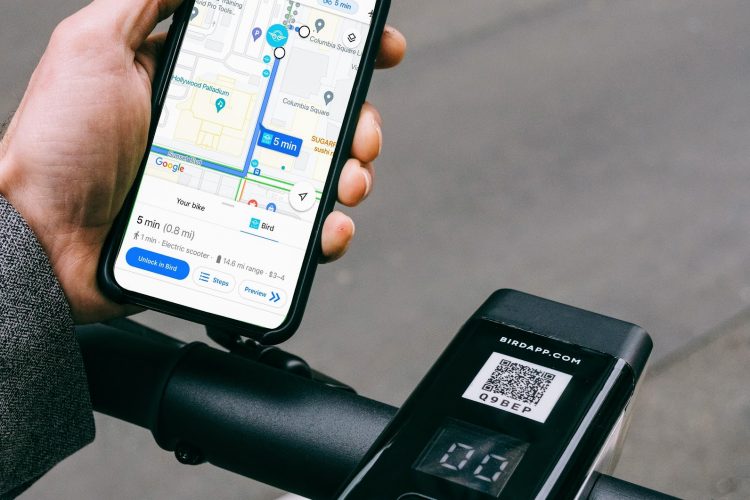 Electric transport operator Bird, which specialises in micromobility modes such as e-bikes and scooters, today announced an integration with Google Maps designed to provide easier access to shared electric vehicles for sustainable transportation and trip planning.

Starting today, users of Google Maps will have the ability to see the availability and location status of Bird e-scooters and e-bikes.

“Through our integration with Google Maps, we are making it easier for individuals to embrace new modes of eco-friendly travel and to ultimately eliminate our collective reliance on congestion inducing, gas-powered cars – especially in urban settings across the globe where a majority of trips are under five miles.”

People can find Bird e-scooters and e-bikes by planning a trip and tapping on Google Maps for directions that utilize bicycle and micromobility lanes. If an individual selects a Bird e-scooter or e-bike as their desired mode of transportation, Google Maps will direct them to the Bird app by tapping a prominently displayed “Unlock” button at the bottom of the screen. Riders who do not yet have the Bird app are prompted to install it to their device via the Apple App Store or Google Play Store.

The move follows a similar scheme rolled out by fellow micromobility operator TIER, which made its vehicles visible on Google Maps in various European cities, including Oslo, Berlin, Munich, and Vienna. As more and more people begin to use micromobility modes to get around their cities, there will no doubt be more operators for riders to choose from on map apps such as Google Maps. The next step for operators will likely be the integration of the entire unlocking process into travel apps like Google Maps.