Posted: 11 May 2021 | Joshua Minchin - Intelligent Transport | No comments yet

The letter has been signed by some of London’s top Chief Executives and calls for a more sustainable approach to transport in the capital, which it says is crucial for the UK as a whole to thrive. 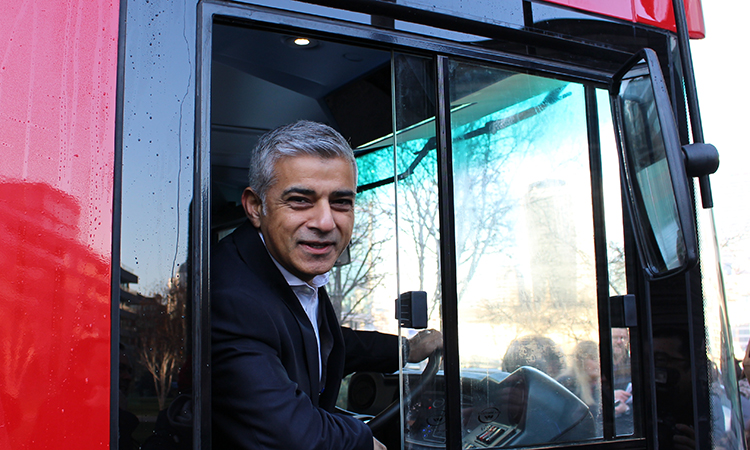 A letter signed by some of London’s top bosses and executives has urged newly re-elected Mayor of London Sadiq Khan and Secretary of State for Transport Grant Shapps to cooperate in order to improve London’s transport system.

Khan, who secured his second term in office with a majority of 55.2 per cent after a second round run-off with Conservative candidate Shaun Bailey, is chair of Transport for London (TfL), which runs the UK capital’s transport network. TfL has faced financial peril this past year as a result of a dramatic drop-off in fare revenue thanks to the COVID-19 pandemic. Emergency funding measures have been agreed periodically, though these negotiations have not been without friction – Shapps notably called Khan “grumpy” in his Evening Standard column.

But the 37 signatories of the letter, which has been published in full by the Evening Standard and was facilitated by lobby group London First,  want the pair to work together to find a more viable long-term solution for TfL. While the letter acknowledges that a short-term funding deal for TfL is crucial for the entire city, it also stresses that a more long-term vision is needed for the capital’s transport network.

“Now is the time for action. TfL needs a funding model that is based on the future needs of the city; not just a patching up of the pre-pandemic settlement,” it reads.

“Trends in passenger behaviour and technology – from ride hailing and micromobility to the decline of five-day-a-week commuting – mean that the city’s needs are constantly evolving.”

In addition, attention has been drawn to the impact on the climate of London’s famous buses and tube trains – which is second only to energy consumption in terms of a contribution to climate change according to the letter.

“Driving this number down will require more, cleaner public transport. But it will also require active support for other green forms of transport and city-wide coordination of the significant infrastructure investments and operational adjustments necessary to enable new technologies.

“The necessity of a new funding model for TfL provides an opportunity to recast London’s transport authority not just as a public transport provider (with a few regulatory duties) but as an integrated sustainable transport authority that is empowered to help create a city fit for the 2030s and beyond.”

Assurances have been given by both the Mayor’s office and the Department for Transport that both parties are willing to work together to improve the future of London’s transport network.

“This pandemic has been devastating for TfL’s finances. Securing a long-term funding settlement for the capital’s transport network is not only vital for London’s businesses and our prosperity, but will be a key driver in the recovery of the UK economy,” a spokesperson for the Mayor said.

“The Mayor is fully committed to putting politics aside and working closely with ministers over the coming days to agree funding for TfL. Putting TfL on a sustainable financial footing after COVID-19 is simply in everyone’s interest.”

A Government spokesperson said: “This government has kept London’s transport network moving with more than £3bn in emergency funding since the start of the pandemic. Ensuring value for money for taxpayers has been at the heart of our approach.