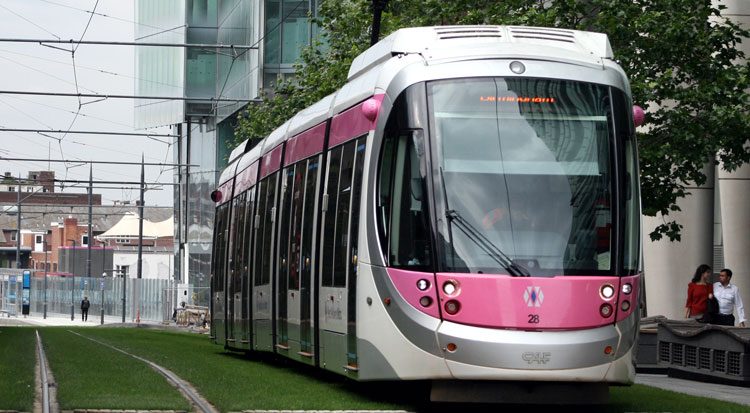 Transport bosses are inviting the public and business community to give their views on £31 million plans to extend the Midland Metro in Birmingham city centre.

The proposals from transport authority Centro would see the tram system travel through Paradise Circus and up to Centenary Square to help improve transport links and support economic regeneration taking place in the area.

Work is currently underway to extend the system to connect the city’s two largest railway stations, New Street and Snow Hill, and beyond to the historic Jewellery Quarter and the Black Country by 2015.

The proposals, drawn up in partnership with Birmingham City Council, would build on the work taking place to provide further connections to key venues like the ICC, Symphony Hall and Birmingham Museum and Art Galleries.

Trams would run from the new stop on Stephenson Street outside New Street Station, before travelling along Pinfold Street, Victoria Square, Paradise Street and Broad Street before terminating at Centenary Square.

New stops would be created at the Town Hall and Centenary Square.

A public consultation on the proposed extension, including three exhibitions in Victoria Square, is being staged between now and the end of September.

Cllr Roger Horton, Centro’s lead member for rail, said: “Work is already underway to connect the Midland Metro to both New Street and Snow Hill stations and we want to build on that and further improve the network in Birmingham city centre.

“These plans would play a significant role in supporting some of the major redevelopment work taking place in the city which will bring about an extra £2 billion for the economy and create up to 40,000 jobs.

“This extension would provide passengers with a stop right at the heart of some of Birmingham’s key destinations like the new library, the NIA and the ICC.

“We want to hear the thoughts of passengers and businesses and would urge them to take the time to take part in the consultation and give us their views.”

Centro has already received approval to integrate the system with the Paradise Circus redevelopment but are proposing to slightly amend the route to eliminate the need to build a bridge over the Suffolk Street Queensway tunnels.

Centro aims to submit before the end of this year an application to the Government for a supplementary Transport and Works Act Order which would grant the legal powers needed to build and operate the extension.

Centro staff will be on hand to answer questions and provide more information at three exhibitions over the coming weeks.

The exhibitions will be held on:

People can take the survey at: www.networkwestmidlands.com/metro

Comments must be received by September 27 2013.