LADOT’s new data shows a 22 per cent increase in cycling compared to previous available data, with the next count of biking and walking activity due later in 2021 at 100 locations across the city. 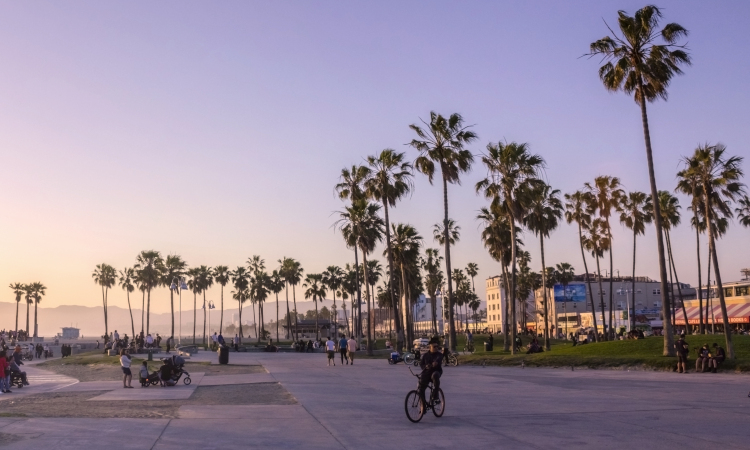 The Los Angeles Department of Transportation (LADOT) has published findings and data on the number of people walking and cycling in the city, following its inaugural city-run count of such activity conducted in 2019.

The data not only shows trends in active transport modes, but also observes demographics of those walking and cycling through the city.

According to the results, there was a significant upturn in the number of people walking and cycling in places where LADOT has safety and complete street improvements. While the survey showed that women make up only 14 per cent of people biking, there is a 120 per cent increase in female riders on streets with dedicated bike paths.

“What gets measured matters,” said LADOT General Manager Seleta Reynolds. “Thanks to this report, LADOT gained valuable insights into how people move through Los Angeles neighbourhoods so that our investments can deliver the most effective improvements for people walking and biking.”

Other significant observations from the 2019 count show that there has been a 73 per cent increase in ridership on Figueroa Street in Downtown Los Angeles since the installation of
the MyFigueroa streetscape project, compared to other counts that took place two years earlier.

Across the city, there was a 22 per cent increase in biking citywide from comparable data in 2017, while 40 per cent of people walking are female – increasing to 44 per cent at weekends.

The 2019 Walk & Bike Count was one of the first large scale tests of the Southern California Association of Governments’ (SCAG) recently launched Active Transportation Database, which provides ways for agencies to collect and store data for public use. Data from the count will also be available on city websites such as NavigateLA and at Los Angeles Open Data

The data in the count comes as a result of observations at 63 intersections. LADOT said that the data helps it to better understand traveller attributes, enabling the department to focus on creating liveable and sustainable streets that offer multiple modes of transit options to get around the city.

The next count is due to take place in the autumn of 2021, and every autumn two years prior for the foreseeable future, with observation locations expected to increase to 100.