Sir Peter Hendy CBE has been elected President of the UITP… 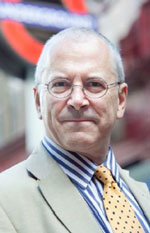 Sir Peter Hendy CBE (United Kingdom) has been elected President of the International Association of Public Transport (UITP) during the General Assembly of the 60th UITP World Congress and Mobility & City Transport Exhibition in Geneva.

Sir Peter Hendy CBE takes over the presidency from Mr. Ousmane Thiam (Senegal), the first African President of the Association.

Since becoming Commissioner of Transport for London (TfL) six years ago, Sir Peter Hendy CBE has made London a world leader in integrated and innovative transport delivery, overseeing record breaking operational performance, passenger numbers and the largest ever investment programme. He led, and played a key role in preparing for, the successful operation of London’s transport for the 2012 Olympic and Paralympic Games. In 2013, Sir Peter received a knighthood in recognition of his inspiring leadership as Commissioner of TfL.

“It is a real privilege to take up the presidency of UITP’s worldwide community of public transport professionals” said Sir Peter Hendy CBE. “TfL is at the cutting edge of transportation and a leader in innovation of world transport. The UITP is vital in sharing knowledge and expertise with world cities and we will be working together to make the case globally that investment in transport delivers growth and jobs.”

“It is a great honour for UITP to welcome Sir Peter Hendy CBE as President of the Association,” said UITP Secretary General, Alain Flausch. “As London’s Transport Commissioner, Sir Peter has been at the helm of the largest sustained investment programme in London’s transport networks in generations.

“Londoners can be proud that their city boasts a world-class public transport system, with an ever expanding network and continual improvements in reliability and punctuality. Sir Peter’s leadership and collaborative approach, in evidence before and during the London 2012 Olympic and Paralympic Games – the first ‘public transport Games’ – means that he will be a great asset to the Association,” Mr. Flausch added.