A series of workshops have identified 140 projects where artificial intelligence can play a part in boosting efficiency for RTA. 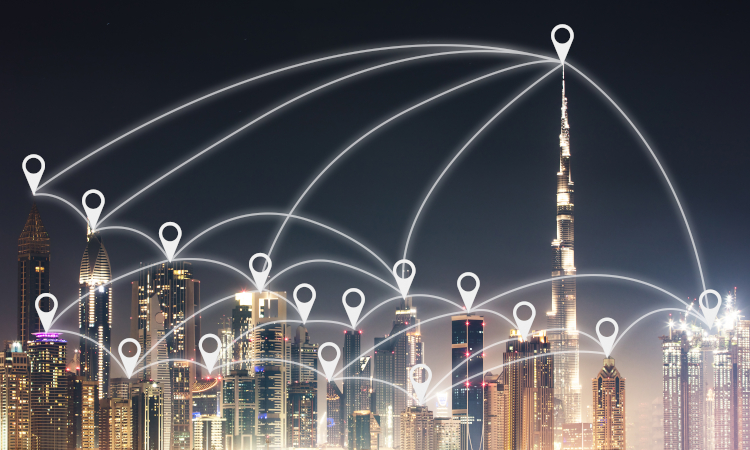 Dubai’s Roads and Transport Authority (RTA) has concluded a study assessing the current situation of its artificial intelligence strategy. The study has paved the way to an updated strategy guided by the UAE Artificial Intelligence Strategy 2031, as well as the latest trends and benchmarks of the global transport sector.

The study’s conclusion has identified 140 projects to improve the technological performance of all operational, service and administrative processes, as well as employee productivity.

“The assessment responds to the needs of the upcoming digitisation era, the fourth industrial revolution and the broadening of the artificial intelligence scope within the RTA. It covers three elements: the first is the current strategy and the AI roadmap at RTA. The second is regulation and governance, which assess the extent of the compliance of sectors and agencies with the AI polices and ethics judged by the Smart Dubai standards. The third covers the infrastructure that includes the readiness of information, technology tools and operational systems,” said Mohammed Al Mudharreb, CEO of Corporate Technology Support Services Sector, RTA.

“The assessment revealed that 32 projects related to the use of AI technologies had been accomplished, and 31 projects are currently underway. These projects encompass a variety of focus areas such as the automation of operations and administrative process, traffic management and smart roads, improved customer’s personal experience, safety, security and crises management in addition to building capacities, knowledge management, and the improved employee productivity,” he explained. 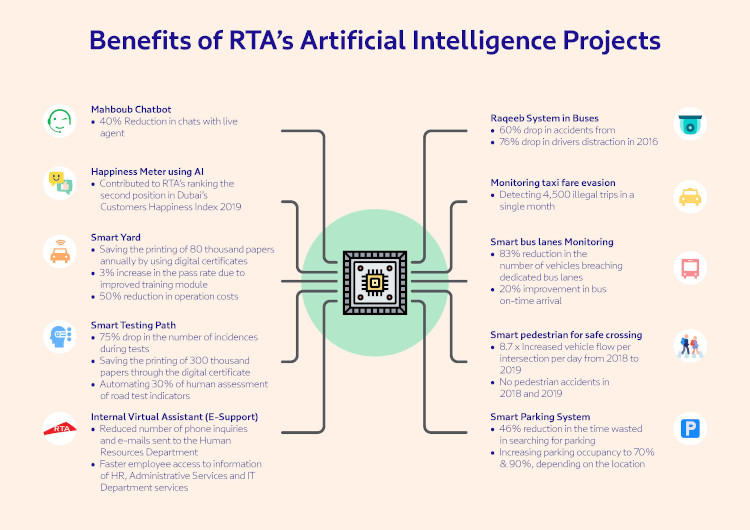 Moving forward, Al Mudharreb said that the RTA has set out a roadmap for the next five years of developments.

“Departments across the RTA held 51 workshops that have identified 140 projects and use of AI technology in data analysis, process automation, decisions and service improvements. These projects are aligned with the requirements of future technologies. In this regard, we have carried benchmarking studies with five metropolitan cities: London, Sydney, New York, Seoul and Singapore. Entitles of those cities share performance indicators that are more or less similar to RTA’s operational model.”

Al Mudharreb explained that the RTA’s “master plan” aligns with the UAE AI Strategy 2031 to improve efficiency and cut costs through the use of artificial intelligence, and also plays a part in achieving Dubai’s smart city goals.