Posted: 15 May 2013 | Bombardier Transportation | No comments yet

Handover underscores the long-standing partnership between MPK and Bombardier 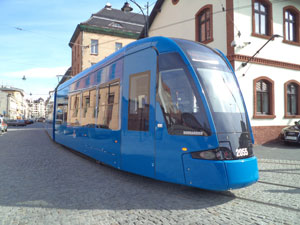 Germar Wacker, President, Light Rail Vehicles, Bombardier Transportation, said: “We planted a tree at the Kraków depot as a symbol of our long-standing cooperation which we wish to continue in the future. I would like to thank MPK for a partnership based on mutual trust and respect and am very proud to hand over yet another state-of-the-art tram offering passenger comfort and accessibility as well as optimized energy consumption, maintenance and overall lifecycle costs.”

More than 3,000 FLEXITY trams and light rail vehicles are in service or on order in cities across Europe, Australia and North America. Representatives of the FLEXITY Classic family are already in successful revenue service in cities such as Adelaide, Bremen, Dresden, Essen, Frankfurt/Main, Gdansk, Halle, Kassel and Leipzig.