With the Kanpur investment, the total amount of the EIB’s approved support for metro rail systems in India has reached €2.65 billion, more than half of the entire EIB investment portfolio in India. 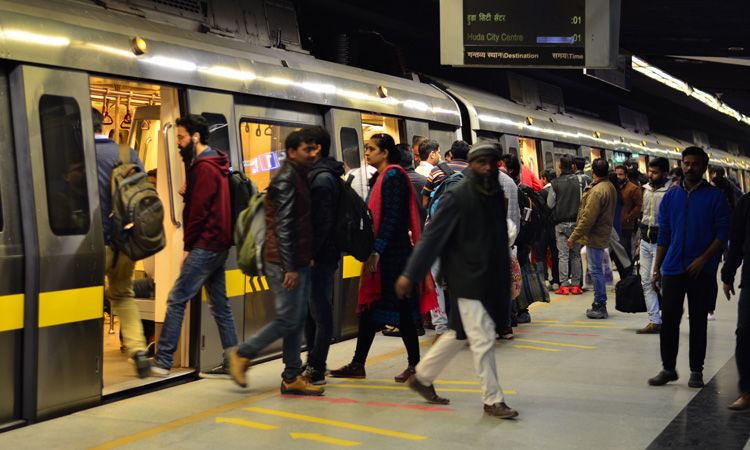 The European Investment Bank (EIB) has announced that it will invest €650 million into the construction of Kanpur’s first city metro line, enabling some three million people in the city of Kanpur, India, to benefit from green, safe, fast and affordable public transport.

The new metro rail system aims to reduce commuting hours and unlock new employment and education opportunities in Kanpur, the industrial capital of Uttar Pradesh. This is the second metro rail project supported by the EIB in Uttar Pradesh, following the €450 million investment in the development of a metro rail system in the city of Lucknow.

The second biggest EIB operation outside the EU to date will finance the construction of a 32.4 km urban rail line, with 18 elevated and 12 underground stations. Once completed, Kanpur metro rail is planned to create 1,100 new jobs and enable around 116 million more affordable commutes each year.

Andrew McDowell, Vice-President of the European Investment Bank, said: “Kanpur is the fifth metro rail project to receive EIB funds in India and the biggest investment made by the Bank outside the EU. The metro will have a positive impact on quality of life and doing business in the city through access to affordable transport, creating new employment and education opportunities. It will be a safe, green and affordable transport alternative for Kanpur and its visitors. We are also glad to see this project is contributing to global climate action while strengthening EU-India relations.”

H.E. Ugo Astuto, the EU Ambassador to India, said: “At the last summit on 15 July, the EU and India discussed how to put climate action and the green transition at the heart of our economic recovery post COVID. Sustainable mobility is a key component of this strategy, towards modern, clean and healthy economies. The Kanpur project is an important investment in making public transport efficient, safe and sustainable. I am happy to see the European Investment Bank fully engaged in this transformational process.”

Kumar Keshav, Managing Director of Uttar Pradesh Metro Rail Corporation, said: “UPMRC is extremely thankful to European Investment Bank for their continued support for the development of metro rail projects in the state of Uttar Pradesh. Comfortable, fast, safe, energy efficient and affordable public transport systems like metros are needed for cities to become the engines of growth in our country. The faith and whole-hearted support of the EIB in funding the Lucknow metro, a world-class metro system in the capital city of Uttar Pradesh ahead of the stipulated time and within the approved cost is a source of pride for all of us. On behalf of the UPMRC team, I again assure you that fulfilling the trust shown by the EIB in funding the Kanpur metro project will be our highest priority in delivering this prestigious project on time, which will further accelerate the long-term economic and social development of the city.”