Barcelona’s “Superblocks” model given funding boost by the EIB

The “Superblocks” approach aims to help achieve Barcelona’s climate targets by organising the city with priority given to pedestrians, bicycles and public transport. 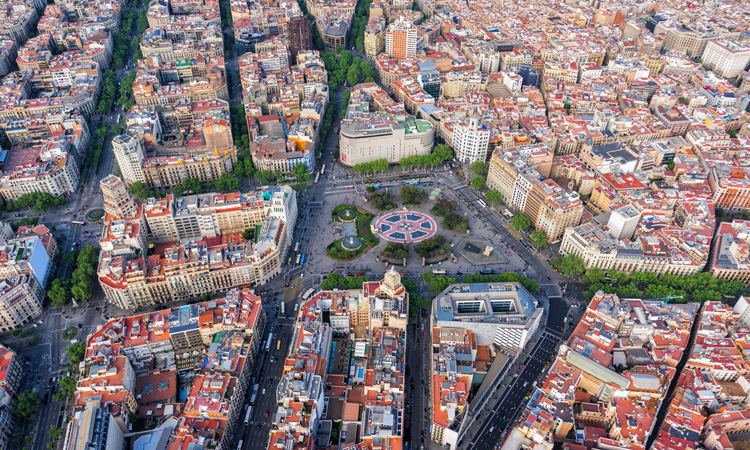 The European Investment Bank (EIB) is to finance around 40 projects in Barcelona that aim to support climate change mitigation and adaptation in the city. To this end, the EU bank will provide €95 million to promote urban regeneration, with a focus on the environment but also on social inclusion and job creation to boost the economic recovery in the wake of the COVID-19 crisis.

A significant portion of the EIB funding – up to 25 per cent – will go towards investments to regenerate an area covering some 200,000 m2 across the city, reshaping urban design around the concept of “Superblocks” to give residents better access to facilities in their neighbourhoods. This involves grouping buildings into blocks where traffic is only permitted around the perimeter and priority is given to pedestrian areas, low-speed zones, public transport and recreational green spaces.

Barcelona declared a climate emergency in January 2020 and the investments now being promoted are in line with the declaration’s objectives.

Mark Nieuwenhuijsen, Director of the Urban Planning, Environment and Health Initiative at the Barcelona Institute for Global Health (ISGlobal), said: “For the distribution of health benefits to be complete and equitable, superblocks should be created all over the city.

“In order to implement the superblock approach at the municipal level and to maximise its health benefits, we must improve the public transport network throughout the Barcelona metropolitan area – focusing particularly on reducing the number of commuters who drive in and out of the city every day – and continue to improve and expand the city’s network of cycle lanes.”

In addition to strengthening the city’s climate resilience, the projects financed under this agreement will promote social inclusion, with the EU bank funds also going to the construction and renovation of educational institutions such as nurseries and schools, sports facilities, a new library and care homes.

EIB Vice-President Emma Navarro, who is responsible for the Bank’s operations in Spain, said: “Adapting our cities to a more sustainable model is key to achieving the EU objective of climate neutrality by 2050. As such, one of the EIB’s main priorities is to support urban regeneration to promote clean and inclusive growth that benefits the public while also helping to combat climate change. We are pleased to be signing this agreement with the Municipality of Barcelona to promote investments that will have a huge social and environmental impact on the city. It is yet another example of the EIB’s commitment to a green recovery in Spain.”