The project aims to trial technology which could see the expansion of the UK’s EV rapid charging network without the need to upscale infrastructure. 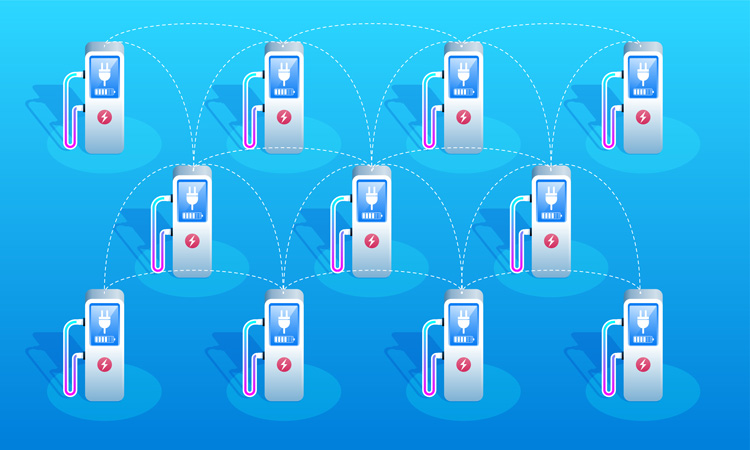 DC Share, a £5.6 million project which aims to deliver town-centre electric vehicle (EV) rapid charging in the UK without need to upscale electricity infrastructure, has been confirmed to be trialled in Taunton, Somerset.

Western Power Distribution (WPD) in partnership with Ricardo Energy and Environment will trial new technology which could help deliver an estimated 217,000 EV chargers in urban spaces across its licence area by 2023, and aims to get over three million EVs moving across the Midlands, South Wales and South West by 2023.

If expanded across other UK electricity networks, DC Share’s technology could reportedly save customers an estimated £162 million in network reinforcement costs by 2050. The planned savings would be made by allowing network providers to make smarter use of the existing electricity network, by harnessing spare capacity within existing substations, rather than investing millions in new infrastructure.

The project will test a new method of pooling spare network capacity from several local substations, designed to enable low carbon infrastructure, such as rapid EV chargers or battery energy storage, to be quickly connected without the need for expensive network reinforcement.

Members of the project said the approach would be particularly useful in dense urban communities, where the adoption of low carbon technologies can be slowed by constraints and a lack of available space for building a larger network of substations.

The trial in Taunton, Somerset, will use power electronic equipment to link four local substations across the town centre, sharing their unused capacity to power 15 rapid EV chargers, including five 100kW rapid chargers intended to recharge the average electric vehicle in around 30 minutes. Taunton was selected due to site suitability and the proactive engagement of the council.

Work will now begin preparing the local plans for the EV rapid charge stations in central Taunton. With building work scheduled throughout 2021, the rapid EV chargers are due to be available for public use by the Spring of 2022.

Users of the rapid EV chargers will be able to charge for free for 12 months to further encourage public uptake of low carbon vehicles and to gather feedback aiding future implementation of the technology. Following the conclusion of the DC Share project, the intention is for the EV rapid chargers to be passed onto a local service provider so that visitors and residents can continue to reap the benefits of the low carbon infrastructure.

Ricky Duke, WPD Innovation & Low Carbon Network Engineer, commented: “As we look beyond COVID-19 towards the UK’s goal of Net Zero by 2050, innovative, low carbon technologies will be at the heart of the UK’s green recovery. Insights from DC Share will have a key role in helping us to build a stronger and cleaner UK economy.

“DC Share is a win-win: this technology will allow us to rapidly decarbonise transport by making smarter use of existing infrastructure. That means less carbon emissions, while reducing the need for expensive infrastructure and network reinforcements in constrained urban communities.”