The funding is being allocated to improve and expand public transit services, and aid in the nation’s COVID-19 recovery. 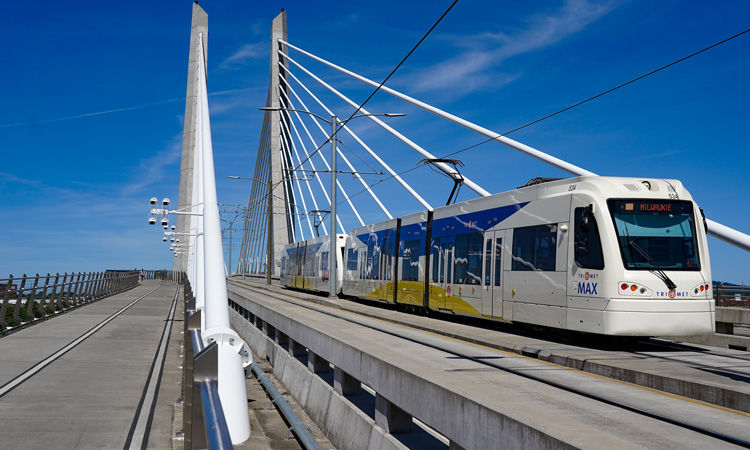 The Trump Administration has announced a total of $891 million in federal funding will be provided by the U.S. Department of Transportation’s Federal Transit Administration (FTA) to 12 transit infrastructure projects. The allocations of funding across the country will be used to advance the readiness of projects for a construction grant agreement or a Full Funding Grant Agreement (FFGA). Funding is provided through FTA’s Capital Investment Grants (CIG) Program.

“This $891 million in federal funding for our country’s public transit system will facilitate the ability of millions of Americans to access jobs and critical services,” said U.S. Transportation Secretary Elaine L. Chao.

This project is a 5.5-mile extension of Valley Metro’s light rail system from downtown Phoenix to the South Mountain Village Core, and includes nine stations. FTA has allocated $100 million in FY 2019 funds and is allocating $100 million in FY 2020 funds to the project.

This project is a 7.8-mile southern extension of the Northern Indiana Commuter Transportation District’s (NICTD) existing South Shore Line commuter rail service between Dyer and Hammond in Indiana, and includes four new stations. FTA is allocating $100 million in FY 2020 funds to the project.

This project is a 10.3-mile Bus Rapid Transit (BRT) line to be constructed by the Pinellas Suncoast Transit Authority (PSTA) from downtown St. Petersburg to St. Pete Beach via the Central Avenue corridor. FTA is allocating $21.8 million in FY 2019 CIG funds to complete the CIG funding request.

This project is a 20-mile BRT line to be constructed by the Miami-Dade County Department of Transportation and Public Works (DTPW) along the existing South Dade busway from the Dadeland South Metrorail Station to SW 344th Street in Florida City. FTA is allocating $99.99 million in FY 2019 CIG funds to the project, to complete the CIG funding request.

This project is a 8.5-mile BRT line to be constructed by the Capital District Transportation Authority (CDTA) in the Washington/Western corridor that extends from the downtown Albany Bus Terminal, through the State University of New York at Albany and the Harriman State Office Complex, to the Crossgates Mall. FTA is allocating $60.9 million in FY 2019 CIG funds to the project, to complete the CIG funding request.

This project is a 7.8-mile extension of the Tri-County Metropolitan Transportation District of Oregon’s (TriMet) MAX Red Line from Beaverton Transit Center to Downtown Hillsboro. The project also will increase the reliability of the MAX light rail system between Portland International Airport and Beaverton Transit Center. FTA is allocating $99.99 million in FY 2019 CIG funds to the project, to complete the CIG funding request.

Further information regarding the other projects that have received funding allocations can be found here.