Safe, efficient and sustainable transport: the role of automated vehicles

Ahead of TRA2020, Risto Öörni, Senior Scientist at VTT Technical Research Centre of Finland, discusses the role of highly automated vehicles in society and their portfolio of benefits. 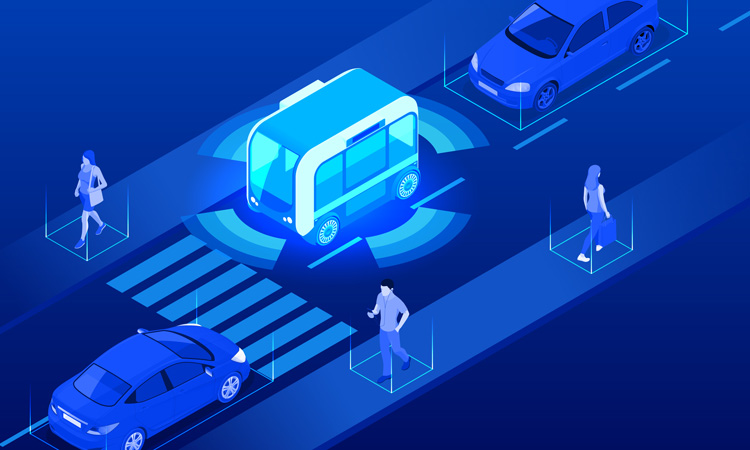 Vehicles with higher levels of automation are here: under development and introduced to mass market. Vehicles with SAE levels three and four have been demonstrated in R&D projects, usually with a human operator ready to intervene. For example, automated minibuses have been operated in urban or suburban environment in several European cities already.

While highly automated vehicles have the potential to improve safety, reduce the burden for environment and improve the efficiency of the transport system, all these benefits are not likely to occur in all possible deployment scenarios. Now is the time to assess the different deployment scenarios in terms of private and shared use and have a look at the possible impacts these would bring along.

The scenario in which highly automated vehicles will be private vehicles would have different impacts on safety, environment and efficiency of transport system. The number of kilometres travelled with a car would probably increase, as the length of the trip is no more limited by fatigue of a human driver. Especially for long trips, traveling in a highly automated vehicle with SAE level five can be expected to be more comfortable, as there is no need to drive anymore. Increased trip length would correspond to increased demand for road capacity. This would either mean reduced level of service and increased congestion or increased need to invest in road infrastructure and increased negative externalities of traffic.

In case of highly automated vehicles with SAE level five automation, the number of accidents caused by human error would be substantially reduced but other causes of accidents would likely be introduced. Level five automation has the potential to reduce the number of serious accidents per kilometres travelled, but this benefit may be partly be compensated by the increased number of kilometres travelled. In other words, long-term and second order effects on the transport system are difficult to predict. These include, for example, possible changes in land use due to increased commuting distance and availability of public transport services in a society with high penetration of privately owned vehicles with level five automation.

In the scenario in which highly automated vehicles will be shared vehicles, the number of vehicles required to serve a given number of trips made by car will be reduced. If realised, this would have a number of implications for cities. For example, much of the parking space in cities would become available for other uses, and this would allow for improved livability and more efficient use of urban space. Reduction in the number of vehicles produced would also reduce consumption of energy and natural resources. However, it is difficult to predict whether automated and shared vehicles will replace trips made by privately owned cars or trips made by public transport, cycling and walking, and whether they will affect the total travel demand.

According to Shared Mobility Principles for Livable Cities, “autonomous [and highly automated] vehicles (AVs) in dense urban areas should be operated only in shared fleets.” In addition to self-service shared vehicles and shared vehicles operating as taxis, this would include also minibuses acting as feeders to public transport stations or terminals. When realised as commercial products, automated minibuses with level four or level five automation may also allow public transport connections to be provided to places where transit services such as conventional bus lines have been withdrawn and places where they have never existed. The economics of transit routes with low travel demand will be changed when the cost of driver can be eliminated or at least substantially reduced.

User acceptance is a central factor

The upcoming disruption of transport may involve a move from privately owned cars controlled by a human driver to shared vehicles controlled by automation. Both of these changes require the acceptance of vehicle user. While different theories have been developed to explain the user acceptance and adoption of new technological innovations, there are still open questions.

On the lower levels of automation, some favourable impacts on safety and environment have already been proved

First, there are few studies available on car users’ willingness to pay for a highly automated vehicle. Car users’ willingness to pay is a relevant factor, as it may greatly facilitate or hamper the possibilities to establish a viable business case. Second, shared mobility services, including highly automated vehicles as shared vehicles and taxis, will also provide a travelling experience different from a private car. So far, we have not seen how large a share of current car owners would be ready to give up car ownership in a situation in which new mobility services based on highly automated vehicles and shared mobility were available in sufficient geographical coverage, high quality of service and affordable prices.

The safety of automated vehicles on SAE levels three and four is an active topic under discussion. On levels three and four, the human driver is required to resume control of the vehicle when requested by the automated vehicle. At the moment, there is no consensus on how safely this can be implemented: How to ensure that the driver will be ready to assume control of the vehicle when a critical situation occurs and how to make sure that their skills will not be eroded over time.

Some challenges yet to be overcome

The potential of highly automated vehicles to improve the efficiency of the transport system can be realised if the challenges related to automated vehicles can be addressed. These include technological challenges such as the ability of the vehicle to monitor its environment and interpret the nature and status of various objects, developing automation that will operate safely and perform satisfactorily in environments with different characteristics.

The safety of highly automated vehicles is an active research topic

On the lower levels of automation, some favourable impacts on safety and environment have already been proved. Various advanced driver assistance (ADAS) systems such as electronic stability control, emergency braking, lane keeping support and adaptive cruise control have been available in vehicles for a relatively long time, supporting the human driver in the driving task. Vehicles with one of these aspects of automation are SAE level one vehicles.

The potential of SAE level one automation to improve safety has been recognised. Electronic stability control is now mandatory in new cars in the EU area, whereas the lane keeping assistant and advanced emergency braking are likely to be made mandatory in new cars and vans in 2022 in EU countries. The safety effects of many ADAS systems have been analysed in several studies and are relatively well documented.

The effects on environment of most ADAS systems of level one are small and mostly related to reduction in accident related congestion. However, adaptive cruise control has the potential to make the traffic flow smoother and therefore also reduce energy consumption.

SAE level two is where the vehicle is able to control both the steering and acceleration/deceleration ADAS capabilities. Although this allows the vehicle to automate certain parts of the driving experience, the driver always remains in complete control of the vehicle. Vehicles with SAE level two automation have appeared on the mass market, but their share of the vehicle fleet is still relatively small in most countries. Therefore, the realised impacts of level two automation on safety, environment and efficiency of transport system are still relevant research questions.

Discussion will continue in TRA2020

The impacts of highly automated vehicles on safety, environment and efficiency of transport system depend on the deployment scenarios realised as well as finding solutions to the challenges related to highly automated driving.

A relevant question remains: What kind of actions should be taken by the regulator of the transport system to ensure that the benefits of highly automated vehicles will be realised and the possible negative impacts will be avoided or mitigated?

The discussion on the impacts and future of highly automated vehicles will continue in the Transport Research Arena 2020 conference which will be organised in Helsinki on 27-30 April 2020. I welcome the readers of Intelligent Transport to participate in the conference and contribute to the discussion on automated driving and its contribution to development of safer, greener and more efficient transport.

Intelligent Transport is a media partner for TRA2020 and will be contributing to the event in April 2020. To find out more, click here.