Warning: we may be sleep-walking into an automated vehicle future

To coincide with the launch of the ‘Driverless Futures?’ project, Tom Cohen from UCL’s Centre for Transport Studies, explains the need for a rational and measured approach to the adoption of automated driving technology. 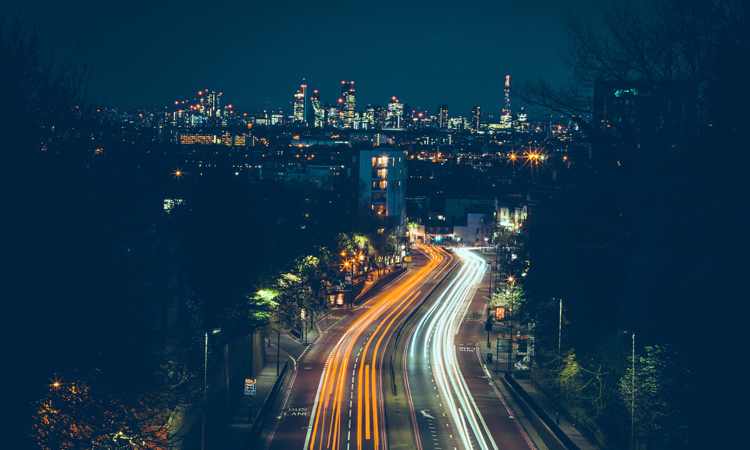 Gartner’s much-cited hype cycle is a helpful reference where “driving automation” (to quote the Society of Automotive Engineers [SAE] with pedantic precision) is concerned.
The 2016 version of the cycle put autonomous vehicles just past the ‘peak of inflated expectations’, and suggested we were more than 10 years from mainstream adoption.

The 2018 revision split ‘autonomous driving’ into Levels 4 and 5, maintaining that both are more 10 years from mainstream adoption, but had Level 4 driving just entering the ‘trough of disillusionment’, whilst Level 5 was in the section called ‘innovation trigger’, which precedes the peak of inflated expectations. The 2018 version also offered “flying autonomous vehicles”, also more than 10 years away and at an earlier stage still in the hype cycle.

“All models are wrong but some are useful,” said George Box. Gartner’s model of hype is useful because it reminds us of our habit of getting whipped up by the apparent promise of emerging technology. One of Gartner’s lessons is that the technology, when it does emerge, will deliver a rather more modest set of outcomes than we thought when we were letting ourselves get carried away. So, whether Gartner has positioned the driving automation correctly on their graph is not terribly important. What does matter is that it is a welcome and, frankly, rare call for sobriety, given the generally breathless tone of discussion.

Why does this matter?

It’s important because we are making decisions about this technology now; decisions to test it and decisions to support and promote the testing. The UK is carrying out a review of relevant regulations, thus there is a general impetus to get ready. None of these decisions is neutral. We may believe that testing the technology does not commit us either way but that claim does not withstand scrutiny. The more we test, the more we create the conditions for adoption, and adoption may be a good thing of course. But the main force behind facilitating tests is in fact a fear of missing out. Amongst the hyperbole relating to driving automation are various very large estimates of the potential financial gains: if we make sure we’re in the vanguard (argues a given nation), we can reap the benefits – there are no prizes for second place.

It’s a seductive argument: governments naturally want their economies to flourish and automated driving is being presented as a lucrative opportunity, especially amid the turbulence associated with automation in general and the predicted job losses that might attend it.

What is the ‘Driverless Futures?’ project?

The Driverless Futures? project is a three-year collaboration between University College London and UWE Bristol, funded by the UK Economic and Social Research Council. It is taking a cross-disciplinary approach to investigating the governance of automated driving technology. Starting from an understanding of the future(s) that we desire, the project will ask what contribution this technology might make to achieving those futures and what actions, behaviours and policies would be needed to facilitate this contribution. The project will involve work with people developing the technology, policymakers at all levels of government and a range of other stakeholders including citizens. Though based in the UK, it will create an international network to enable comparative analysis and the sharing of lessons between settings.

Alongside the fear of missing out is another powerful sentiment: faith in a technology’s capacity to sort everything out for us. This is possibly more of a concern because it prompts among us a lack of critical thinking. Perhaps more insidious, though, is technological fatalism, the belief that this is coming whether we like it or not – we may as well just accept the inevitable. To complete the set, we have technological optimism. This contrasts with the first two, both of which are passive in nature. The technological optimist is sufficiently enthusiastic about the likely benefits that they actively seek to bring the technology on.

The topic of safety provides a good example of technological optimism in action. Everyone following the AV story will be familiar with the assertion that 90 per cent of crashes are the result of human error. Although it varies, the general tendency is to predict that automated vehicles can do away with the vast majority of these crashes. Therefore, an AV world will be one in which fewer people will die on our roads. The weaknesses of this argument are numerous: to speak of crashes without speaking of non-crashes (events where human drivers make good decisions) is perhaps the greatest lapse. To brush aside events such as the death of Joshua Brown in 2016, or that of Elaine Herzberg in 2018, as teething problems betrays a strong desire to think that automated driving systems will be near infallible once we’ve ironed out the wrinkles. To ignore the fact that we are unlikely to be able to know with confidence whether automated driving systems are indeed as safe as or safer than human drivers any time soon is further evidence of a desire to place unwarranted trust in something unproven.

Note, however, that I am not claiming automated vehicles would be bad; I think they could well be a good thing. But I am exhorting governments and societies not to sleepwalk into the adoption of a technology which is manifestly double- if not triple-edged. Only relatively recently did we wake up to the results of having been insufficiently critical concerning the conventional car. Developed economies are now finding it very challenging to extricate themselves from its embrace. Developing economies, meanwhile, find themselves drawn into the car-driving paradigm thanks in part to the trail we blazed for them.

I’m also not advocating the blanket use of the precautionary principle, which seems unduly tentative given that automated vehicles appear to offer some real benefits. I am instead saying that we should follow the path of responsible innovation – “taking care of the future through collective stewardship of science and innovation in the present” (Stilgoe et al 2013). One approach to its application has four components: anticipation – asking the right ‘what if’ questions and acting on the answers; reflexivity – where those involved in the science (both those doing it and those funding it) continuously and critically assess their actions and attitudes; inclusion – bringing a diverse range of stakeholders into the planning and execution of the science; and responsiveness – showing the capacity to change direction when sentiments and/or circumstances demand.

Adopting responsible innovation cannot enable us to know the future, nor does it guarantee we shall choose the optimal development path. However, it would at least help us to know, when we pursue a course of action, that we have a coherent rationale and that we have tried to think about all the groups and individuals who stand to be affected.

Tom Cohen is part of the ‘Driverless Futures?’ team. He spent a decade in transport consultancy before joining UCL, where he is a Senior Fellow in the Centre for Transport Studies. In 2016, he led a project for the UK Department for Transport that used innovative engagement techniques to derive a set of social and behavioural questions relating to automated vehicles. He has since been assisting with a set of citizen dialogues on AVs. In addition to his interest in AVs and transport futures more generally, Tom researches issues of transport justice and the nature of decision making in transport.