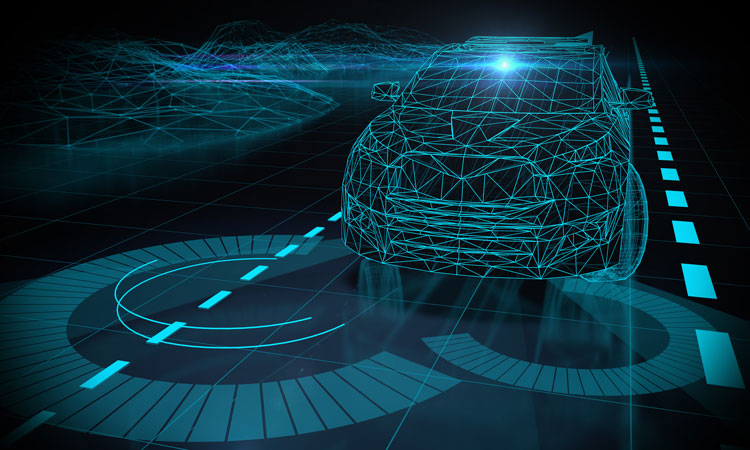 Think of a regular journey you make from home – maybe to the nearest motorway, or the school run, or the supermarket.

Now think of all the unusual parts of that journey where you drive using your personal experience of the route. Maybe there’s a part where the road narrows and you have to let people through by flashing your lights, or there’s a big pothole that you avoid by easing over to the other side of the road. Maybe there’s a set of junctions so close together that you need to get in the right lane at the first junction to be able to turn right at the second.

Assessing the challenges ahead of AVs

One might think that highly autonomous vehicles (AVs) will simply use artificial intelligence to solve all these examples of ambient behaviour, but there are three significant challenges to this thinking: 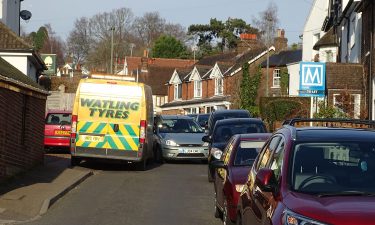 How would an autonomous vehicle cope in a situation like this one?

There’s an argument that AVs will have knowledge of narrow roads and tricky junctions, and so will simply avoid these problems by taking different routes. However, AVs need to fully penetrate our entire road network to be attractive. A lack of support for autonomy on some roads is not a good user experience for someone driving an £80,000 autonomous 4X4 from their house to their child’s school down a narrow road with double parking. To take other examples, AVs for deliveries and helping elderly people retain mobility will need to get all the way to the front door – they can’t stop around the corner on the main road.

To explore the feasibility of developing solutions to these three challenges, a group of UK companies is collaborating in an Innovate UK-funded project called LAMBDA-V (Learning through AMBient Driving styles for Autonomous-Vehicles). Leading LAMBDA-V is a company called CloudMade, which brings expertise in machine learning and human driver profiling. Joining CloudMade is a unique mix of collaborators: Trakm8, which collects big data from existing vehicles; Aimsun, a provider of mobility modelling software for simulating the impact of AVs and conventional traffic; White Willow Consulting, which provides project support and links to other connected vehicle initiatives; and a UK Highway Authority, Birmingham City Council. The team aims to explore the possibility of building profiles and rules for AVs that can also be used in network modelling for local authorities.

CloudMade already produces driving style rules and profiles, and its aim is to explore the potential for much more detailed services for AVs. Harsha Bagur, Project Director, says: “While other projects have looked in great detail at motorway driver behaviour, or collected data from a handful of vehicles, LAMBDA-V is different because of the wide spread of data both geographically and in terms of the range of users, and the need to consider the road authority.”

Dr Sarah Bee leads innovation projects from Trakm8, who will use anonymised data from their On-Board Diagnostic 2(OBD2) ‘dongles’ which analyse and score driver behaviour, such as speeding and harsh braking, along with data from the vehicle itself such as location and use of wipers. These dongles are widely used already in the breakdown, fleet management and pay-as-you-go insurance markets. Bee says that tapping into Trakm8’s data from a wide range of drivers – in compliance with GDPR legislation – could enable a massive dataset for producing rules and profiles for current drivers that AVs can use.

Aimsun, a traffic modelling software and service provider, is already at the forefront of AV simulation in the UK, working on various government-funded initiatives to model and assess the impact of AVs on capacity but also on emissions and safety. Gavin Jackman, Director of Aimsun’s UK branch, is delighted that the data from LAMBDA-V will integrate with these other projects and further enhance the Aimsun team’s development of algorithms for modelling the interactions between AVs and conventional vehicles.

Andrew Radford of Birmingham City Council brings the needs and viewpoint of a road operator and Highway Authority. The second of these terms is important as it brings legal obligations on an authority. He considers this “an important project for a UK Highway Authority, to understand the implications of highly automated vehicles on the way we operate our network (and vice versa) and on the sort of decisions we may have to consider in the future for safety and capacity.”

LAMBDA-V analyses data from a test site on the A45, which is equipped with Trakm8 dongles, cameras and other data collection devices. It is the same network where Birmingham City Council was part of the team that recently won the ITS-UK Project of the Year award for its trials of the Green Light Optimal Speed Advisory (GLOSA) system, which relayed impending traffic light changes to approaching cars, allowing drivers to adjust their speed and avoid sharp braking between junctions.

LAMBDA-V work has started, looking at typical ambient events, capturing the needs for rules and profiles of AVs with OEMs and with other stakeholders, always bearing in mind the General Data Protection Regulations (GDPR) to ensure not just legal compliance but reputational issues. The LAMDBA-V team will then proceed to mapping events identified in dongle data on the A45 onto example rules and profiles.

The project will explore the nature of changes in driver behaviour – can we make rules for behaviour that are country wide, regional, city wide or do they have to be tailored to every junction? Our initial work shows that driver behaviour changes not just between countries and regions (to take one example, drivers in Devon are much politer than in London) but also between road types (such as corridor and residential roads in the same neighbourhood). Drivers also behave differently depending on whether they are going to work or coming home.

Hopes are high that LAMBDA-V will reveal a new business for the commercial partner and help Birmingham and other UK authorities understand what might be coming down the autonomous road.

Andy Graham founded White Willow Consulting 13 years ago and has detailed experience of connected vehicles as a tool for transport policy and reducing the cost of operations. He has worked with OEMs, data and technology companies, and road operators, and was awarded the 2016 ITS-UK award for Outstanding Personal Contribution.