In the summer of 2018, 11 Russian cities played host to the FIFA World Cup. For Intelligent Transport, Konstantin Trofimenko of the National Research University Higher School of Economics in Moscow reflects on the process of organising transport and management centres for the event, and the subsequent consequences for the transport systems of the host cities. 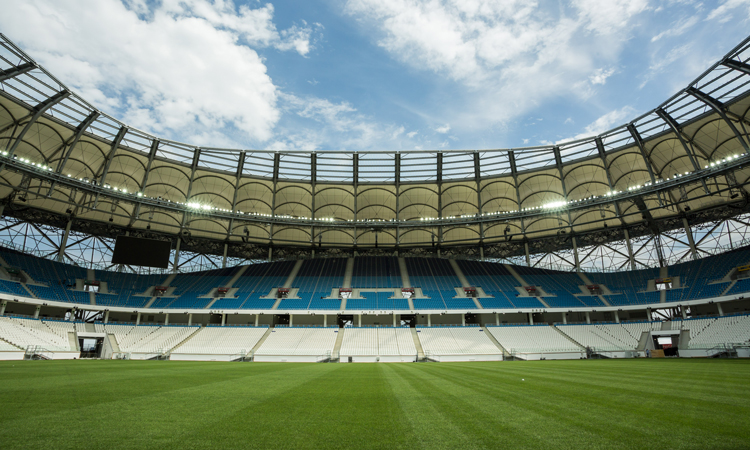 It is widely believed that hosting mass entertainment events stimulates urban development. Indeed, the socio-economic effect of the 2018 FIFA World Cup increased tourist and migration flows to the host cities in the medium term, and how attractive the local economy was for investors.

From the point of view of transport planning, this type of event – with participants coming from all over the world – simultaneously attracts as many as 100,000 highly-mobile passengers to a city’s transport system, who are constantly moving between a city’s facilities, host football stadiums and external transport terminals. For cities with an already optimised transport system, this is a simple task: the number of passengers is likely lower than the available capacity of the transport and road networks. In these instances, cities only need to follow procedures and guidelines set out by FIFA. However, for cities with accumulated long-term transport problems – for example, most of the 11 Russian host cities – the 2018 World Cup provided a one-off opportunity to improve their transport networks. While some of the host cities will likely not take advantage of this opportunity, doing their best to dismiss the World Cup as a logistical nightmare and forgetting the experience, other cities will learn lessons; they have the chance not only to leave a legacy of new transport infrastructure, but also to improve the quality of passenger transportation and transport planning, and begin the digitalisation of their transport.

Preparation for the 2018 World Cup took place between 2014 and 2018, and included a comprehensive improvement of the urban environment, sports and tourist infrastructure, and of course the transport systems of the host cities.

The anticipated influx of tens of thousands of foreign fans and the close attention of journalists from all over the world forced city and regional administrations of the host cities to pay full attention to the complex multi-stage planning of all transport processes in advance.

In 2014, a single ‘Concept for the 2018 World Cup in Russia’ was developed at a federal level. This document contained an analysis of the statistics, case studies and practices of previous major sporting events under the auspices of FIFA and UEFA, including primary prerequisites and recommendations for host cities. In the same year, the FIFA handbook – which contains standard requirements for transport services for matches and related transport processes – was translated into Russian by the National Operational Committee.

Starting in 2015, the development of ‘Traffic Management Plans for the 2018 World Cup’ began at an administrative level within the host cities. This is a fundamental tactical and later operational document containing a complete list of answers on what to do in every specific scenario of transport support for the tournament. Below is a typical list of tasks to be solved in the development of the traffic management plans:

Personally, I had the chance to lead the development of two transportation management plans out of 11, in host cities Kaliningrad and Volgograd. 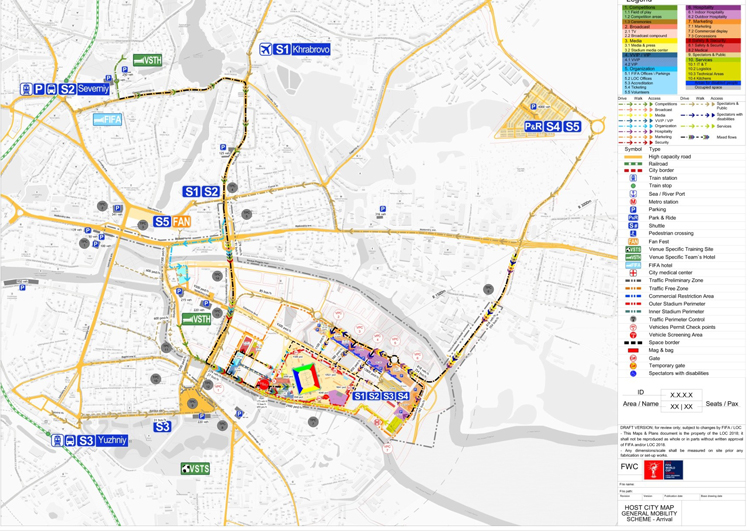 The primary organisational measure that enabled efficient management of passenger transport in the host cities was the creation of the RCPTM.

The main tool for completing RCPTM tasks is the management system – an automated system consisting of the staff and the set of tools required to automate activities, including the information technology for fulfillment of the functions stated previously.

The whole system is organised as a set of interconnected and otherwise individual automated systems, meaning that it is an integrated, automated management system that relies on the functionality of its constituent systems.

In turn, each of the constituent systems is also an integrated system and is created, inter alia, on the basis of the independent systems and software and hardware complexes created by various developers.

Among other things, the following main functions of passenger transport provision can be defined within the framework of the RCPTM:

The legacy that the 2018 World Cup left in the field of transport took different forms in each host city, bringing some locations new transport infrastructure and rolling stock, which in turn brought a higher standard of passenger transport. Others adopted the transport planning documents laid out for the tournament to solve transport challenges likely to be faced in the future and have had the opportunity to conduct transport modelling. Some cities have also implemented new ITS elements in their infrastructure, such as cameras, automated passenger traffic control centres and automated traffic management systems.

An important element of the heritage is the human resource. Specialists in the field of transport organisation in the 11 host cities have gained invaluable experience in solving complex logistical problems and will now be able to use it to solve daily transport problems in their native cities.

The 2018 World Cup’s host cities were afforded an opportunity to solve their transport problems and to begin implementing elements of smart transport – many of them took advantage of this and, thanks to the opportunities it has created, are continuing to develop in this area.