Improving accessibility at stops and stations in London

Millions of people of all ages, nationalities and walks of life use Transport for London’s (TfL’s) services every day, writes David Rowe – TfL’s Head of Borough Projects and Programmes. Making sure that our passengers can easily access our services is one of TfL’s biggest priorities and we have made huge strides in recent years to ensure that London’s transport network is one of the most accessible in the world. In fact, London has the largest accessible bus network of any city on the planet, serving the entire Greater London area and running to key towns over the boundary into neighbouring counties. 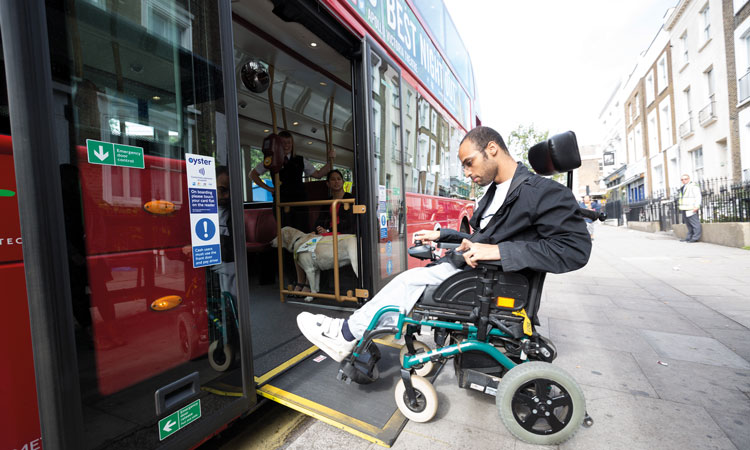 Since TfL was formed in 2000 it has invested heavily in London’s bus network – resulting in a 69% increase in passenger numbers. London’s buses now carry around 2.4 billion passengers a year, which equates to half of all bus journeys made in England. All this means that it is crucial that we continue to invest in bus services and facilities so that we can give our customers the best possible service.

There are 8,700 buses in the TfL fleet and apart from a small number of heritage Routemaster buses operating for tourists on route 15 – all are low-floor, wheelchair accessible and fitted with wheelchair ramps. This isn’t something new, low-floor, wheelchair accessible buses were introduced on all routes in London by the beginning of 2006 – 10 years ahead of the legal requirement set out by the Disability Discrimination Act.

The iBus system is also fitted to every bus in London. It provides passengers with audio and visual next stop information, which is of particular use to passengers with sight or hearing impairments, or anyone who is unfamiliar with London. Buses are also able to ‘kneel’ to pavement level to make it easier for older or disabled passengers to board.

Bus services in the capital are easily accessible to all, with around 95% of London residents living within 400m of a bus stop, and the vast majority of these can be used by all bus passengers, including wheelchair users.

But it’s not just the buses that are accessible. Our teams have been working hard to make the whole bus network accessible, including the bus stops. And we’ve made great progress in this area.

Bus stop accessibility has improved dramatically over the last few years – rising from 29% in 2008 to surpass the 80% level. That equates to over 10,000 bus stops being made accessible over that period.

What does it take to make a bus stop accessible? It means that stops have a kerb that’s suitable for the wheelchair ramp to deploy and for the step into the bus to be at a reasonable height for older or disabled people to board. It also means there’s a protected ‘clearway’ so only buses can use the stop and it is free from any street furniture or clutter blocking access to the doors.

This huge percentage increase has been the result of an £18 million investment, announced in 2013, which has put the bus stop accessibility programme on track to ensure that at least 95% of bus stops on London’s roads will be accessible by 2016. TfL has worked closely with local authority partners to achieve this as a significant proportion of the capital’s 18,500 bus stops are not on the TfL Road Network (TLRN). Across the TLRN, 95% of stops are already accessible – with a target of 99% to be achieved by 2016.

In nine boroughs, the 95% target has already been met – City of London, Hackney, Hammersmith & Fulham, Harrow, Islington, Kingston upon Thames, Kensington & Chelsea, Sutton and Tower Hamlets. Although there is still a lot of work to be done, there is no doubt that this is a very important step forward in giving all Londoners and visitors the freedom to travel around the city more easily.

We will of course continue to look for ways to go beyond this target, although there are real challenges that make it extremely difficult to treat all bus stops. Examples of such challenges include where the stop is located on common land and not on a pavement, which often means there is no accessible way to get to the stop, or where there are triple kerbs, such as outside the Royal Albert Hall on Kensington Gore, which would mean significant work to the road and pavement to make the stop accessible.

The £18 million funding for bus stop accessibility is part of a wider programme, announced by TfL and the Mayor in 2013, that will see hundreds of millions of pounds invested in accessibility improvements across the Capital’s public transport network – including a further 28 step-free London Underground and London Overground stations over the next 10 years. To date £8.4 million of the £18 million has been used to fund these accessibility works with around £5 million expected to be invested in both 2015/2016 and in 2016/2017.

Another part of TfL’s accessibility improvement work will be to ensure that the remaining 5% of traffic light controlled pedestrian crossings yet to be brought up to accessibility standards will be upgraded with tactile paving, rotating cones and/or audible alerts. By March 2015 we had upgraded 39 sites, with 100% to be accessible by 2016. Further improvements include permanent level access at new stations, permanent raised platform sections, low-floor trains and boarding ramps making getting around the network much easier. By 2016, a third of Tube platforms will have level access by one of these means, up from 15% in 2013.

But that’s not all. In recognition of the continued need to invest in bus services – with a increase in demand from the city’s rapidly growing population – TfL’s latest Business Plan has dedicated around £500 million to improve the network over the period from 2015/2016 to 2020/2021.

This will include funding for over 500 fully-accessible extra buses, which will create capacity for an extra 2.9 million customer journeys each week. This includes the continued introduction of New Routemasters on the bus network. Fourteen bus routes in London are being served by more than 500 New Routemasters, so we are on track to reach our revised target of 800 of these vehicles being in service by 2016. These buses have a step-free gangway on the lower-deck from the front to the back, allowing ease of access for mobility impaired people and passengers with buggies. There is a large wheelchair bay directly opposite the ramped centre door and passengers are alerted to the next stop by audio and visual announcements. There is also a T-Loop system which transmits announcements for passengers with hearing aids.

With a network of the size and scale that we have in London there will always be work to be done, but TfL has made huge gains in recent years and more and more passengers are reaping the benefits.

David Rowe is responsible for the support and funding Transport for London (TfL) provides to the London boroughs to deliver transport improvements on their roads (the 33 London boroughs are responsible for 95% of London’s roads). He is responsible for circa £150 million per annum that is used to deliver a range of initiatives from small-scale projects, such as the installation of new pedestrian crossings, through to major transformational schemes, such as the creation of new public spaces. He has significant programme and project management experience, coupled with a background in urban design, transport planning and traffic engineering. David has worked at TfL for 14 years in a variety of roles and before that worked in the London boroughs and consultancy. 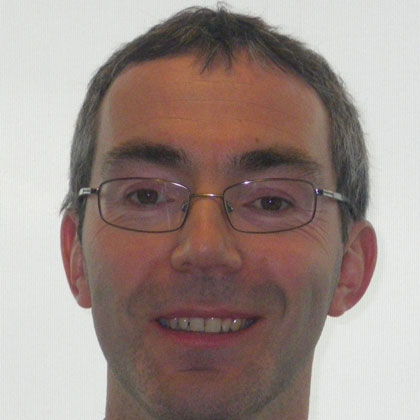