An exciting future for real-time passenger information in Stuttgart

Real-Time Passenger Information (RTPI) in the metropolitan region of Stuttgart has grown over recent years, and a comprehensive system now exists. How did the region implement this technology and can the system get any better in the future? Horst Stammler, Head of the Transport and Tariff Association of Stuttgart (VVS), explains. 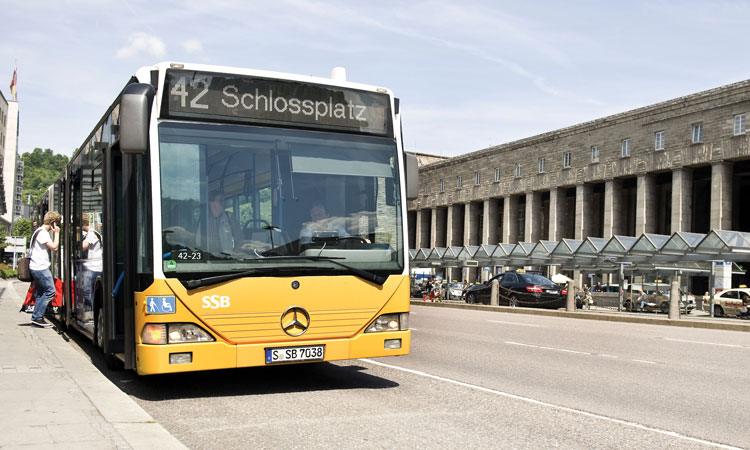 As part of the public transport innovation programme of the German State of Baden-Württemberg, VVS – or the Transport and Tariff Association of Stuttgart (Verkehrs- und Tarifverbund Stuttgart) – laid the foundations for the collection and dissemination of real-time information throughout the whole network, and a comprehensive supply of RTPI was realised within the entire VVS area. Thus, the VVS and its transport operators underwent a huge modernisation programme which included:

BLIC GmbH1 – the IT consultants for mobility management – was the engineering partner who was responsible for the technical specifications, tendering of the systems and project management during the implementation phases.

Located in the southwest of Germany, the Stuttgart region comprises, as a part of the federal state of Baden-Württemberg, the state capital Stuttgart and five surrounding counties. The ‘birthplace of motor cars’ has a population of approximately 2.7 million inhabitants and an excellent reputation for cutting-edge technology, economic strength and qualified personnel. Well-known companies like Mercedes-Benz, Porsche and Bosch are located here.

The region has a high level standard of life – for example, there’s an average of 540 cars per 1,000 inhabitants, so the VVS has to provide top-level public transport in order to be competitive in the mobility market. Currently, more than 350 million passengers per year travel by the trains and buses of one of the 40 transport operators within the VVS. Altogether, creating the prerequisites to face this challenge is:

The central task of this campaign is the improvement of RTPI for public transport. The VVS has therefore risen to the challenge to provide RTPI throughout the whole network within a five-year period. RTPI enables customers to receive information about the latest operational conditions, not only whilst waiting at stops and stations, but to receive the information when they are in the office, at home or on the move.

Furthermore, all transport companies get updated about the current operation status of other companies throughout the VVS. This makes it possible, for example, to inform passengers who are already on-board trains about subsequent bus connections which helps to achieve successful overall management of networks.

To achieve this goal, a series of major investments in fleet monitoring technology and guidance systems was necessary, particularly for the AVM system for VVS, for RTPI displays at important locations, a central regional data hub plus a functional enhancement of the journey planner, and finally the Event Management System.

Within the scope of the public transport innovation programme of the State of Baden-Württemberg, the pilot project for the AVM system started in 2010 and provided the basis for the aforementioned system modules.

The major challenge on the roadmap to RTPI throughout the VVS network was the generation of real-time data of small regional transport companies in rural areas. Due to the significant efforts for expenditures and organisation, these companies in general are not able to operate an AVM system on their own. A considerable breakthrough has been achieved by the set-up of the VVS-owned multi-client capable AVM system, which collects the data of different operators while simultaneously maintaining their sovereignty about these data. The system was launched with three transport operators to evaluate the organisational demands for the AVM system and coordinate the operation. Afterwards, the AVM system was provided by the VVS to all regional companies. Thus, even small transport companies are now able to collect real-time data for operating purposes as well as for providing data for the passenger information system of VVS, or for connection management overlapping several operators.

Each client is equipped with a remote workstation connected to the central data server which provides a range of management functions, such as:

The AVM system assures that the companies are receiving useful information to optimise their operating process, though are not challenged – by a too complex and expensive solution.

Based on the experiences of the pilot project and with further financial funding from the State of Baden-Württemberg, an extension of the AVM system was implemented to serve all transport operators. Up to now, there are 26 participating companies with approximately 700 vehicles providing comprehensive RTPI with nearly full coverage of the VVS region.

Now that RTPI is available, passengers need access to it. Therefore, the VVS procured and implemented a centralised RTPI system which is operated by the VVS as well as some first displays. To ensure that, for example, at a central bus station, information of different operators is provided on a single display, those displays are receiving their data directly from the journey planner.

This concept has the advantage of supporting the RTPI combined with up-to-date information about irregularities provided by the EMS.

Moreover, for test purposes, one display was equipped with a Text-To-Speech function to enable ‘reading out’ the information to benefit visually impaired people.

The central background system is designed to serve up to 150 displays. Subsequently, different types of displays like TFTs or LCDs have been tested to give appropriate recommendations for future procurement of RTPI displays to the regional authorities.

In the years to come, all important interchange points of municipal railway, central bus stations and other highly frequented stations will be equipped with RTPI displays.

This programme will be financed via a co-operation between the Association of the Region of Stuttgart (Verband Region Stuttgart, VRS), the counties and the cities and municipalities. It also ensures that small or medium-sized towns and cities will be equipped with those information displays. In general, for this programme the responsibilities are shared as follows:

Due to the high costs of stationary displays, the VVS adds QR-Codes on the printouts of its timetables for less frequented stations so mobile phone users are able to scan these codes and get linked directly to the respective virtual departure board of the journey planner.

A central regional data hub has been implemented to collect and coordinate all available data of the transport companies. This data hub bundles the data flows and avoids a large number of bilateral interfaces between the different systems necessary otherwise.

Step-by-step the VVS connected the available real-time systems of other operators to this data hub. The pioneer of this was Stuttgarter Straßenbahnen (SSB) which had already implemented it in 2010 on an interface based on the CEN-SIR standard between their AVM system and the VVS real-time information system.

The second participant was the S-Bahn Stuttgart (Stuttgart municipal railway) which is providing its information via the traveller information system (Reisenden-informationssystem, RIS) of German Rail, DB. Through this, other railway companies of the DB are also providing real-time information. In the meantime the integration of the AVM system for VVS as well as the AVM system of Regiobus Stuttgart, a subsidiary of DB, has happened.

Clients for data of the central data hub of VVS are, for example, the journey planning system and AVM systems of transport companies.

To ensure continuous availability with state-of-the-art data processing and a high operational reliability, the regional data hub VVS is hosted on servers of an external provider.

New functions of the journey planner – mobile information is coming

The journey planner (Elektronische Fahrplanauskunft EFA) is the most important source of information for the customers of local public transport. Meanwhile, all available real-time data available at the regional data hub is integrated into the products of the journey planner – such as the ‘door-to-door route planner’, departures at stations, widgets, individually configurable push notifications or the ‘on-trip-accompaniment’ with a ‘guardian angel’ functionality.

Hence customers can easily access information on actual departures and even purchase tickets for the selected journeys, by using the mobile journey planner. Since 2010 it has also been possible to use the smartphone application ‘VVS mobil’ on an iPhone, Android or Windows phone for this access and integrated a mobile ticketing application into the VVS mobil App. Real-time information along with the above-mentioned new features caused an impressive increase of access to the VVS journey planner. Compared to approximately nine million timetable information accesses per month in 2010, there are now 40 million calls per month.

Today over 80% of all timetable information is retrieved by mobile devices – most of them via the VVS mobil app which has been downloaded more than one million times.

Although the availability of passenger information and AVM systems already provides significant benefits to the passengers, real-time information has hit its limit when it comes to major irregularities e.g. accidents, signal interferences or derailments. By means of the new multiple-client capable system, transport companies are able to enter messages directly into a joint system. Using predefined text modules and a clearly structured menu, passenger information is generated automatically, so that high quality messages as well as standardised wording is guaranteed.

By now, so-called mobility coordinators, e.g. of the DB, the SSB and the regional transport companies, are working with this Event Management System to share information and provide it to the customers via multiple communication channels, mainly the VVS website, the journey planner VVS mobil app and the RTPI displays. Additional channels such as social networks (Facebook and Twitter), RSS feeds or radio broadcasting should expand the existing services in the future.

As customers are really benefiting from the new systems, the utilisation of the journey planner highly increased, in particular the use of mobile services. Pushed by this positive resonance, the VVS plans further improvements of customer support in the future. More and more vehicles are getting equipped with multi-functional displays, not only to display the next stations, but to share connection information across operators for the next station. Furthermore, other regions like Göppingen will be integrated into the existing system. The future remains exciting. 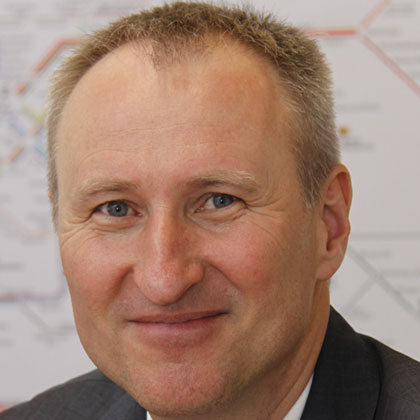