A CCTV system provides service in different phases of a security process. As a fixed and visible element it has a deterrent effect and impacts the prevention phase, while the recorders facilitate the forensic analysis of incidents and enable solutions to be designed to mitigate security vulnerabilities. However, it has traditionally been used in support of other detection systems, which require significant investment. Eduardo Hernandez Ledesma, Security and Safety Manager at Metro Bilbao, S.A., explains how intelligent analysis of CCTV images has enabled them to minimise costs whilst maximising effectiveness. 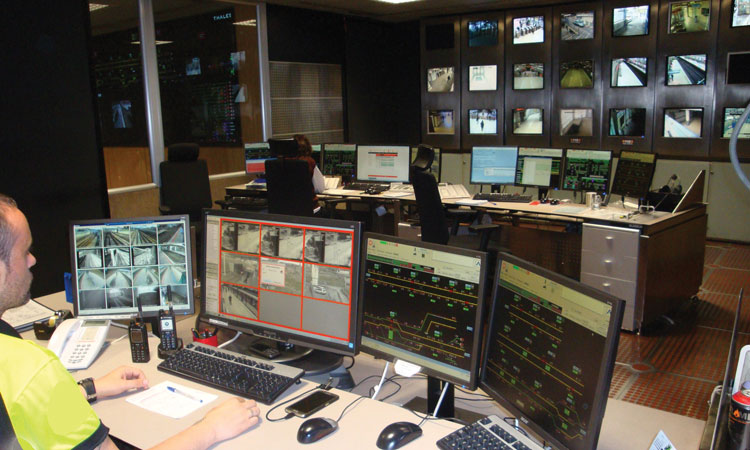 Traditional CCTV systems require constant supervision yet provide a reduced image vision because an operator cannot monitor multiple images simultaneously. In the case of holdings with a large number of cameras, such a security system therefore becomes unviable. For this reason CCTV systems are usually used to support other detection systems, such as infrared barriers, motion detectors, door sensors, etc.; these elements are those that detect the event and define the time and place allowing the event to then be verified by the CCTV system.

This type of conventional solution – one supported by CCTV for the verification of alarms – generates a significant investment in both the purchase of the equipment, its installation and later the maintenance and constant monitoring of each element.

With the aim of minimising investment and eliminating physical components of the system that generate maintenance, Metro Bilbao has chosen solutions that base events detection on intelligent analysis of images generated by the cameras.

Where cameras have already been installed, their analysis software is able to perform the function of detection without the need for any additional installations at those locations. In areas not covered, only the necessary cameras to support the system required with previous solutions have been installed.

Metro Bilbao has opted for this solution, removing the previous equipment and replacing it with this type of technology. Previous experience showed that earlier systems generated a large number of unwanted alarms and that the elements had a high level of damage that, in turn, generated a process of intensive maintenance.

Currently we have implemented this solution in the perimeters of the workshops, emergency exits in tunnels, in the areas of transition from outside tunnel sections and in other certain sensitive external points.

For the intelligent analysis of images they are using, as support, conventional cameras and thermal cameras. The decision of whether to use of this type of camera over others is determined by different parameters that are analysed to adopt the most optimal solution. Such considerations include:

The use of thermal cameras facilitates detection in areas where you have to discern different objects such as the inside of tunnels, where it is necessary to distinguish between an object (train/machinery) and people owing to the different range of temperature.

Weather conditions substantially alter images generated by conventional outside cameras which causes failures in the schedules. Thus, for the purpose of effective image analysis it has become advisable to use thermal cameras that are more stable in climate change. However, the visual output of a thermal camera does not have the same definition that is generated by a conventional camera, resulting in a loss of the quality of person identification but not in the quality of the event definition.

The software configures the image through algorithms, being able to detect a person who wants to enter the facilities which generates an alarm that is sent to the control centre which is manned by security staff. The image marks the areas of detection by associating them with each other and creating larger groups.

Three types of detection are used: excision, pre-alarm, and inhibition and uses cycles of measurement of time (40ms, 160ms) up to 2.5 seconds for detection of behaviours of people.

For Metro Bilbao this solution has provided extra support to the control centre operators who currently view the tool in a very positive way. There are fewer unwanted alarms, fewer breakdowns and therefore greater equipment availability, easier detection of anomalies in the equipment which, in turn, generates a faster recovery of them, as well as greater speed in decision-making when it certifies a detection.

The use of images, both with thermal and conventional analysis, as elements of detection provided very satisfactory results. However, in order to adjust the system and achieve its maximum effectiveness by reducing unwanted alarms requires an initial effort in its design and programming. Experience has shown that deciding the installation area and the image that will be performing the analysis is essential to obtaining results. It then requires a test to gather trial and error results to get the most optimal configurations. It is important to have an in-depth knowledge of the space that you want to protect and the behaviour of people who act in the environment. In general it is a process that takes time which should be dealt with first, but, on the other hand, the experience in programming enables it to provide knowledge that is applicable for the following facilities.

These systems are currently evolving a lot and providing better and more economic solutions in all its range of components: thermal cameras, video recorders and analysis software.

Another factor that must be taken into account when assessing the installation of this type of technology is that they are monitored in real-time and all teams can detect faults and troubleshoot which greatly reduces the time of non-availability.

The overall assessment from Metro Bilbao is that the use of these systems has improved the detection of events and decision-making that is generated before alarms are raised, with reduced response times, reduced numbers of unwanted alarms, reduced costs of maintenance of equipment and increases in the time in which they are available.

Eduardo Hernandez Ledesma has studied Technical Industrial Engineering and has a bachelor’s degree in Civil Protection and Emergency Management as well as in Development and Implementation of Self-protection Plans in the University of Valencia. Besides a Master degree in Industrial Organisation Engineering, he has completed the ’Security Director’ course organised by the university of V.I.C. as well as other courses in fire protection and tunnels safety. Eduardo is currently the Security and Safety Manager at Metro Bilbao, S.A. and previously from 2002 to 2008 within the same company he acquired knowledge of railway operations through working in the operational area. His experiences elsewhere includes maintenance, production and quality management. Eduardo has been a Member of the UITP’s SecCom from 2009 and he has been a speaker at several conferences and participant of several security related European projects.